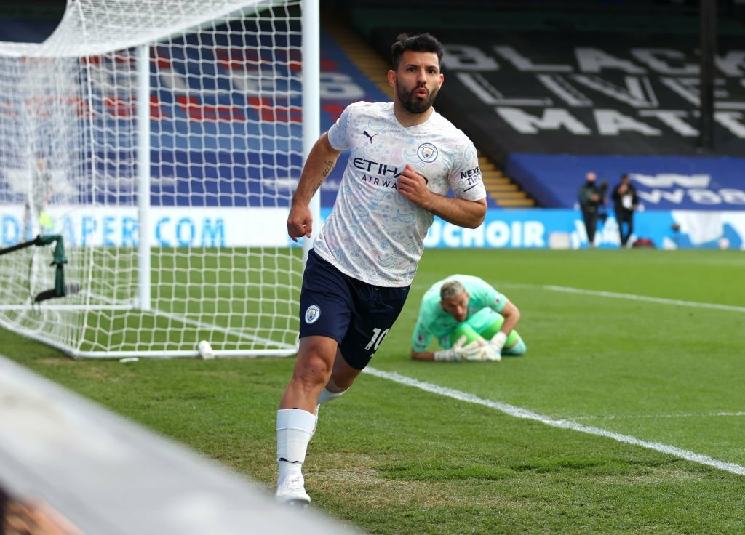 Sergio Aguero scored for Manchester City in their 2-0 win vs. Crystal Palace as they are closer to winning the Premier League.

Aguero scored a goal which, not for the first time in his career, may have won Manchester City the Premier League title. Back in the starting eleven for Pep Guardiola’s team, Aguero delivered. With the score at 0-0 in the second half, Aguero received the ball inside the penalty area. Argentine controlled it beautifully and struck it into the rood of the net to give City the 1-0 lead.

While they would go on to score a second, Pep Guardiola praised the Argentine after the match. Speaking to BT Sport, here’s what he had to say:

“What a goal, what an action, what a player, what a man. I’m incredibly delighted he’s back. We’re going to enjoy the last games with him, and he showed with his goal what he has, being what he is. I’m in love as a person. An incredible guy.”

Kun himself spoke about the match and the upcoming second leg clash vs. PSG:

“I’m ready. Before, I said, ‘finally I could play’. I feel good, my knee is so good. I’ll just wait to play. I hope Tuesday, if I don’t, it doesn’t matter. I want to be with my team. Every player wants to play. We’ll see.”

That’s what you call a Sergio Aguero finish, look how much it means to him

😍 Pep Guardiola tipping his hat for @AgueroSergioKun after his goal. 🎩 pic.twitter.com/Yeq0wVhgA7