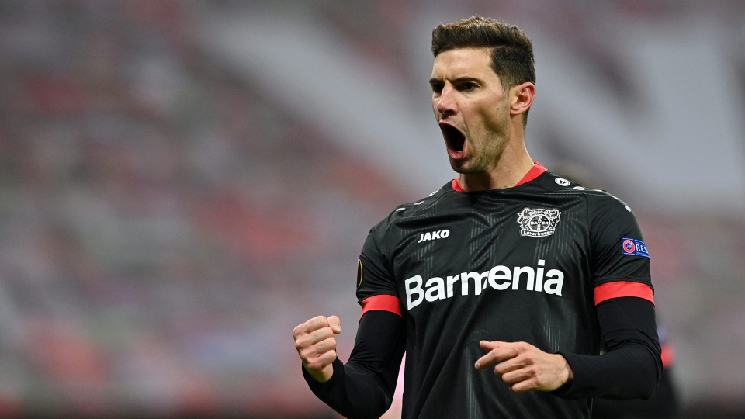 Lucas Alario is out injured for the rest of the season, according to Bayer Leverkusen.

Alario, along with Bayer Leverkusen and the Argentina national team received bad news as it was announced that the striker is out injured for the rest of the season. An injury to his right leg will mean the Argentine will miss Leverkusen’s remaining matches and the Copa America.

Argentina national team coach Lionel Scaloni will have to start thinking of another option instead of Alario. The club announced on Friday that he has sustained a muscle tendon injury in his right thigh while training and that it will keep him out for 6-8 weeks.

The Copa America is from June 13 until July 10 and it would surely mean that Alario would at best case miss the start. Alario looked to be one of the forwards certain of a spot in the team for the tournament.

The Argentine international sustained a muscle tendon injury in his right thigh during training with the Werkself on Thursday and will be sidelined for 6-8 weeks. pic.twitter.com/VBRd5YvXE2