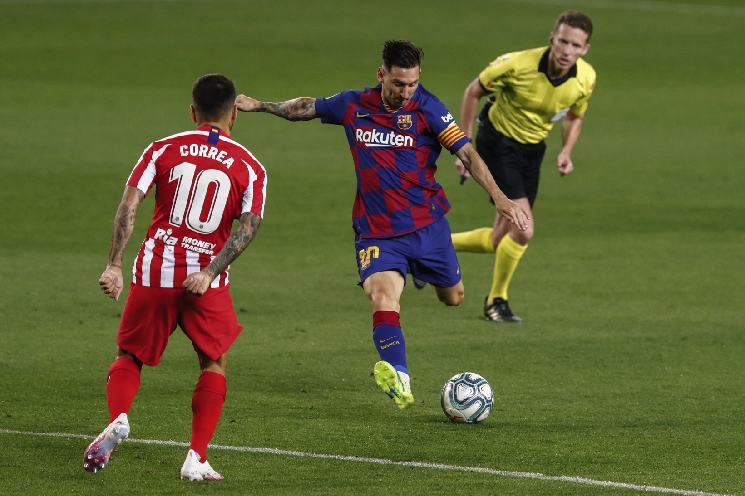 With only three rounds remaining in La Liga this season, Atletico Madrid, FC Barcelona, Real Madrid and to a certain extend Sevilla are all in contention to winning the league.

We are almost guaranteed that at least one Argentine player will lift the league trophy in Spain’s first division this season. Atletico Madrid are managed by Diego Simeone and have Angel Correa in the squad. For FC Barcelona, Lionel Messi will look to add La Liga to his trophy cabinet for the season to go along the Copa del Rey.

Real Madrid are one of the other favorites to win it all. With no Argentine at the club, they are the only team that would not have an Argentine lifting the trophy. The other team with an outside chance are Sevilla. With four Argentine players in the squad, they represent the sky blue and white the most. Lucas Ocampos, Franco Vazquez, Marcos Acuña and Alejandro Papu Gomez will each look to lift their first league title in Spain. Here are the current standings with the remaining matches:

Of the six Argentine players, five them are in contention for the Argentina national team squad for the Copa America. Lionel Messi, Angel Correa, Lucas Ocampos, Marcos Acuña and Alejandro Papu Gomez all have a very strong chance of being included in the Argentina team.