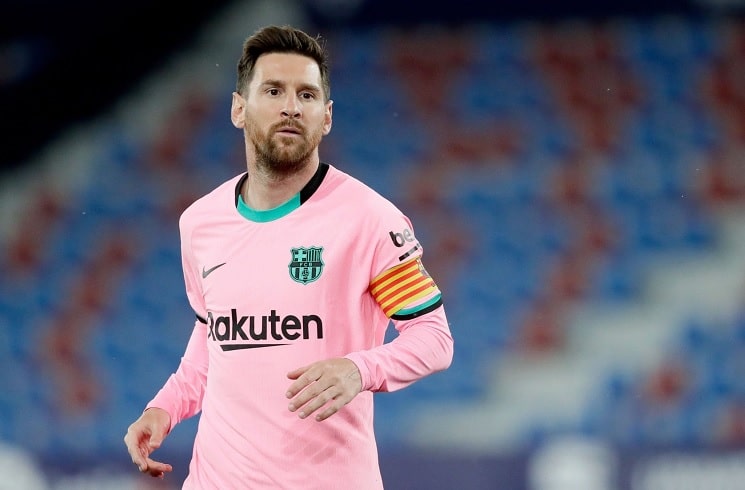 Lionel Messi contributed in different ways for Barcelona’s three goals, but he also helped assist Levante’s second goal. With this unexpected draw, the team led by the Argentine star let a big opportunity pass and now they await the results of its competitors, Real Madrid and Atlético de Madrid.

Messi opened the score with a fantastic but strange volley, inside the penalty area, while falling to the floor.

The 2-0 was scored by Pedri after a precise pass from deep by Messi which found Dembele as the Frenchman made a great run and played the ball into Pedri for the goal.

In the second half, Levante quickly raised their level and equalized early. The second goal came after Barcelona’s “10” and captain lost the ball by misplacing a pass. The start of the play wasn’t a strong one as Messi received the ball in an uncomfortable position, and Barcelona conceded its second goal within five minutes.

Barcelona gained back the lead a few minutes later when Messi started a dangerous play, passed the ball to Griezmann, who then found Dembele, who scored the 3-2. Levante would draw level once more late in the game, leaving Lionel’s team in an extremely difficult position to win La Liga, with just two games left.