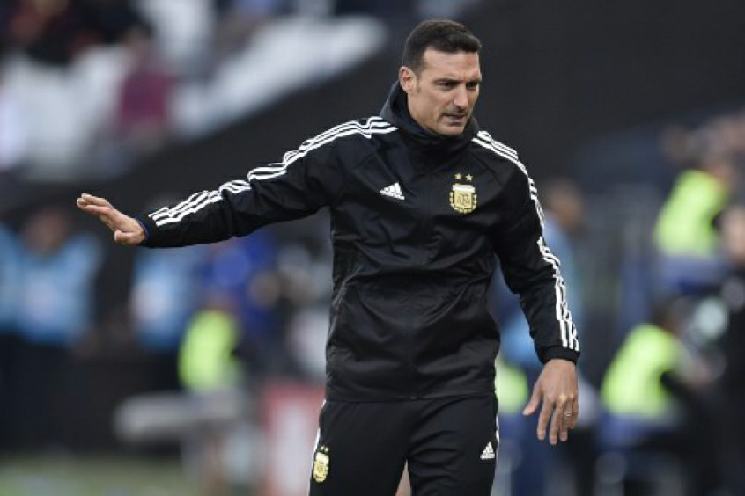 Argentina national team coach Lionel Scaloni recently gave an interview where he discussed several topics, from the team, to the Copa America, to his coaching career.

Lionel Scaloni hasn’t been coaching for many years. Having last played a professional football match less than a decade ago, his managerial career is only beginning. Scaloni has however played at a World Cup for Argentina and even managed his country to a third place finish at a Copa America. In a lengthy interview with Marca (which we will be separating into two parts), the 42 year old commented on a number of topics.

Scaloni commented on what we can expect from the team at the Copa America, what he learned from Jorge Sampoli, what Tabarez (coach of Uruguay) once told him and much more. When asked about if the Argentine media is ready for the team finishing second at the upcoming Copa America, here’s what he had to say:

“I believe our country is prepared to know that Argentina will compete but we are not obliged to win. We’ve gotten hit so many times by thinking that we were the best… And then we weren’t the best nor the worst.

“Clearly, we have a competitive gene. Any coach would like to have an Argentine in his team but that doesn’t make us invincible at all.

“The only thing we can try to do is bring happiness to the country but not lie, not to come out and say: “We will win for you guys.” No. We will try to put aside what is happening in the country and give them joy.”

When asked about the two extremes when you win and when you lose:

“I believe there was a change somewhere. We were at the Copa America in Brazil, we didn’t win but we finished third and the general opinion was good. And the previous Copa’s we lost on penalties and it looked like it was a catastrophe. The people saw a change and we believe that this is the way.

“People saw a team that went out and played in a concrete way. We call-up players we believe in and if a player deserves to be in the Argentina national team, we call him up. People feel a sense of identity.

“I believe that Argentine’s are realizing, little by little, that there’s only one winner and ultimately, it’s not Argentina that wins it. There’s still missing a lot of things before we go back to our winning ways.”

“One day, “The Maestro” Tabarez (coach of Uruguay) grabbed me and told me: You, when they tell you that you don’t have experience, you should tell them: “It’s true, but I have life experiences.”

“I want to say that I have more than 20 years playing at the highest level and that is an advantage. There are young coaches like Pep or Nagelsmann who are great coaches. One never stops learning, you could be 40 years old or 60 years old with 30 years experience.”

What he learned from Sampaoli and Lillo at Sevilla:

“A lot. When I got to Sevilla, it was a team with a completely different mentality. I believe that these players now realize that he only has one way of seeing football: Attack, attack and attack.

“Jorge lives for football. In that sense, I’m a bit lighter. I like to relax more. He, on the contrary, is thinking about football 24 hours a day. And Lillo is an open book. He transmits peace and tranquility.”

If he would coach in Spain one day:

“I played in La Coruna, in Mallorca, in Racing… My wife is Spanish. It’s a country I appreciate a lot. Its treated me marvelously but I’ll go where I’m asked. If you’d have told me three years ago that I would be with the Argentina national team…”

As mentioned, there is a second part to the interview. In the second part, Scaloni comments on Lionel Messi, the World Cup, Sergio Aguero, Angel Di Maria and more. That part will be posted shortly.