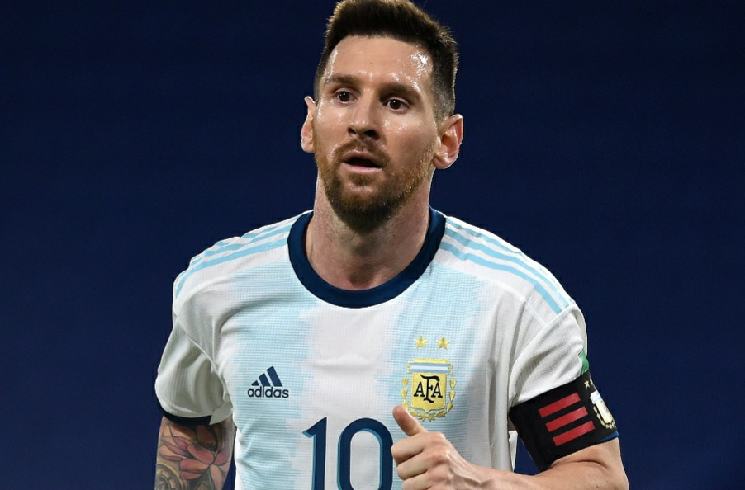 Argentina national team coach Lionel Scaloni spoke with Marca where he spoke about Lionel Messi, the inclusion of Angel Di Maria and Sergio Aguero in the Argentina team and much more.

This is part two of the interview, if you would like to read the first part, please click here. Scaloni was a former team mate of Lionel Messi’s with the Argentina national team. The both were on the same squad and even took part in Argentina’s famous 2-1 win vs. Mexico at the 2006 World Cup together. In regards to Messi, here’s what Scaloni had to say:

How he thinks Messi will get to the Copa America:

“Good, as always. With us, Leo has shown that he is well, he’s comfortable, with a new generation that he probably doesn’t know. And now he’s just another one (of the boys) and he gets along well with everyone. We have managed to have a team where he can join us.”

If it’s not best to take some of the pressure away from him:

“He also is very aware that football is not just one player alone but that he needs his team mates. Him, Cristiano, Mbappe… The best in the world need their teams. A great player can score you a goal, can win you a match… But to win a championship, you need much more than just the best player in the world.”

About Messi’s current situation with Barcelona and if it could be an issue during the Copa America:

“I believe that it will be taken care of. I have no doubt. He knows very well what he will do. He won’t get to June 30 without knowing where he will play.”

If the Copa America will be the penultimate chance for Messi with Argentina. The last one being the 2022 World Cup in Qatar:

“It will be when he wants it to be. And the day that he doesn’t play with Argentina anymore, we will realize a lot of things. The same thing that happened with Diego (Maradona), that when he stopped playing, we realized what it was to have him on the pitch.”

How the chats are with him as captain:

If they message often:

“When I really have to. If, for example, we have to talk before we all get together as a group, my group will write to him to let him know how it’s going to be, the travelling… And a little more. We are not very close.

“When we are together, yes, we are very close, we chat. In addition, we have known each other for a long time because he has been my team mate and a team mate of several of the guys on my team.”

On if Scaloni watches all of his matches:

“It’s very difficult not to watch a Messi match. And if it does happen, I talk with my coaching staff.”

How Scaloni is managing the Argentina national team from Mallorca:

“We are a lot of people in the staff, people that know the Argentina national team very well. We watch all the leagues, the performances of the players… Logistically, there are no problems.”

If he has a clear system:

“We know how we want to play and what players we are looking for. I don’t like to talk about a “system of play”. It doesn’t exist. You could defend with four but when the right wing moves forward, you have three. And if you attack with both fullbacks? And if?

“Ancelotti once said that systems are only there when you have to defend and maybe he is right. When you defend, there, yes, there is a system.

“What is clear with the Argentina national team is the way of playing, with quality players… And from there, you have one or two that could explode, as was the case with Nico Gonzalez or Ocampos. That is the idea.”

If Lucas Ocampos surprised him:

“No, I knew him from Sevilla. Now he’s a much more reliable player, he can play on the right, on the left, in the middle, just like has has done several times.”

If he believes in Angel Di Maria:

“Of course! I have a very good relationship with Angel and he always wants to be included. I was always clear with him and had him in consideration. Surely, if he keeps up this level, it will be very difficult for a player of his level to not be in the final list.”

“The most complicated thing is not that he doesn’t play. I spoke with him about two or three months ago and I wanted him to train with us but at the time he hadn’t fully recovered and City didn’t want to release him.

“It wasn’t possible. From there, he has recovered. The problem with Kun isn’t as much that he plays a lot or little because at the end of the day, we know what kind of a player he is because yes, we need him to be active to take the final decision.”