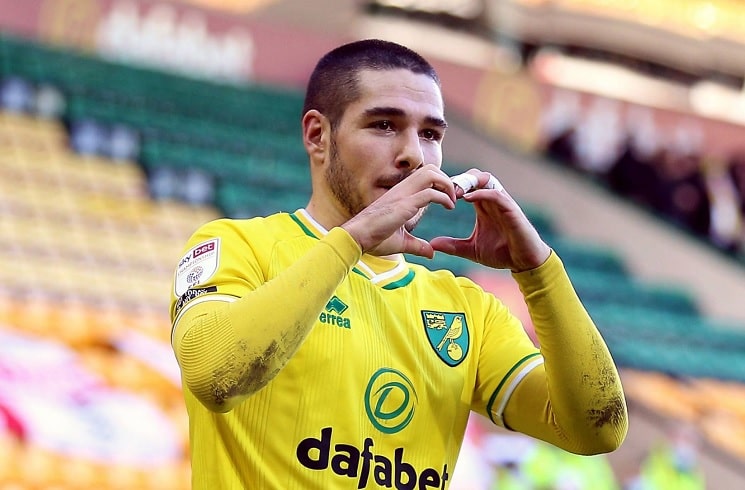 Emiliano Buendia has been called-up to the Argentina national team for the first time in his career after representing two different national teams at youth level.

Despite playing for Spain at youth level, Buendia did represent Argentina at an U20 World Cup. However, he has never played for the senior Argentina national team. Here’s what he had to say regarding his call-up:

“What I am living is a dream. I got the call from Aimar to tell me that I was going to be in the Argentina national team.”

Regarding his upcoming debut:

“I’m very anxious and I expect to do my best, to meet the best of the Argentina national team. Putting on the Argentina kit is something great. One always imagines it and dreams about it and now I have the opportunity to make it a reality.”

The Argentina also spoke about a conversation he had with Lionel Messi while playing with Getafe:

“I played twice against Messi at the Camp Nou. I spoke to him during half time because I was playing with the Spanish U19 team and he asked me if I was going to play with Spain or with Argentina. He surprised me a lot and I told him that I was Argentine and I wanted to play with him.”

In regards to playing in Europe at a young age:

“I left to play in Europe at 11 years old, I was playing at the Cadetes de San Martin and I went to Europe. I spent a few years at Real Madrid, I missed my family a lot but it was clear that I wanted to play football.

“A lot of times when things weren’t going well, I would think about going back to Argentina but I went through a lot of things as a kid and my dream was to play football. So at the age of 14, I left Real Madrid to join Getafe. It was a mew challenge and I skipped the youth teams. At 17 I was able to debut with the senior team in the Copa del Rey.”

About Argentine football and the Premier League:

“I always try to follow the football in Argentina, I’m a fan of River and I try to follow them but for now I’m very well in Europe and I’m not thinking about going back to Argentina. The Premier League is something special, the atmosphere on the pitch is incredible, they support you the entire time and with a lot of respect. It’s something special.”

A midfielder himself, Buendia spoke about the players he watched growing up:

“I always admired and watched a lot of how Riquelme played, he was an incredible number 10. As a River fan, I watched Aimar, D’Alessandro, Saviola, I watched a bit of everything.”

“One always listens to the parents or the family members that saw Maradona. I think the entire world knows what he transmitted on the pitch and off it and the special thing is that he was for our football. It’s beautiful watching him on video, I can’t imagine how he was on a pitch.”