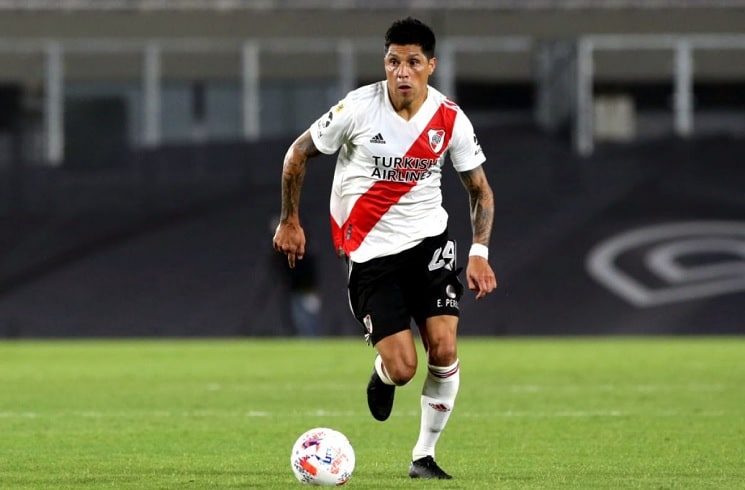 After the massive Covid outbreak in the squad last Saturday, and the elimination from the Copa de la Liga at the hands of Boca on Sunday, River will today face Independiente de Santa Fe in the Copa Libertadores. With 20 positive cases of Covid in total (5 confirmed yesterday) and two players injured, River’s coach, Marcelo Gallardo, will hardly reach to line up 11 players.

Experienced midfielder Enzo Pérez, who is injured, will play goalkeeper, as the four goalkeepers in the Libertadores’ list are all with Coronavirus.

In addition, Javier Pinola and Enzo Pérez are both injured. Nonetheless, both told Marcelo Gallardo that they want to be part of the team in today’s game.

Even though the situation is unique, River had the chance, before the Copa Libertadores started, to have 50 players included in the Copa’s list. CONMEBOL gave this possibility to all the clubs playing international competitions due to the current pandemic situation. At that moment, Marcelo Gallardo stated that he “wouldn’t like to make youths play under so much pressure, in strange conditions,” and decided to include just 32 players in the list.

In line with how unique the game will be, another extraordinary thing that happens just as often when playing amateur football with friends: The are no rules that say the goalkeeper cannot be changed with outfield players during the match. This means that we may see more than one outfield player playing as goalkeeper, constantly rotating.