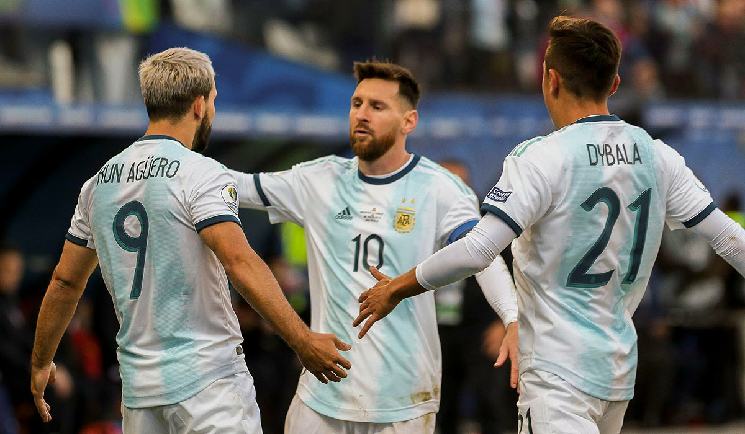 Lionel Scaloni made headlines recently when he announced his squad for next month’s World Cup qualifiers. Among the names of those included were Lionel Messi and Sergio Aguero. However, what was surprising was who was left out and in this case Paulo Dybala.

The Juventus man has not had the best season. Having missed several matches due to injury, Dybala has found it difficult to get playing time. Speaking in an interview with ESPN, here’s what Scaloni had to say regarding Dybala’s exclusion:

“He is a player that we always had and we love but the lockers were almost complete and we had to make a decision. He hasn’t been playing the last few months and his club is going through a few problems with the standings and their game.

“It’s important that he joins us with rhythm, we will always have him in mind. Hopefully he’s able to regain his form and that he can play to be able to decide later on.

“You have to put aside the affection and empathy towards the players to put together a list of 23 players. We have to deal with Dybala, who always responded in the best way possible and put in the effort to play in positions that weren’t his. But the team always comes first.”

Scaloni also commented on star man and team captain Lionel Messi and his role in the team:

“We are excited because we believe that a base was achieved in which everyone understands. Everyone is playing well and it’s important for Leo (Messi) to be able to incorporate well.

“Unfortunately, we don’t see the players often and we can’t enjoy them the way we want. But in the training sessions and in a few parts during the matches, he gives us some joy. But the real joy is what he will give the team.

“He is the first and the most aware that today, you win with the team. He, along with his team mate need each other, the opposite will be very difficult.”

In addition, Scaloni commented on Sergio Aguero and his current situation:

“I spoke with Kun a month and a half ago and the three matches he played were very good. He gave us a good impression, he made us remember the best Aguero. I understand that he is not playing due to a contract situation. His future is being decided and we don’t get involved in that. We would like for him to be able to play before joining us, we saw him as quite fine.

And finally, Scaloni spoke about the possibility of Lionel Messi and Sergio Aguero playing together at Barcelona next season: