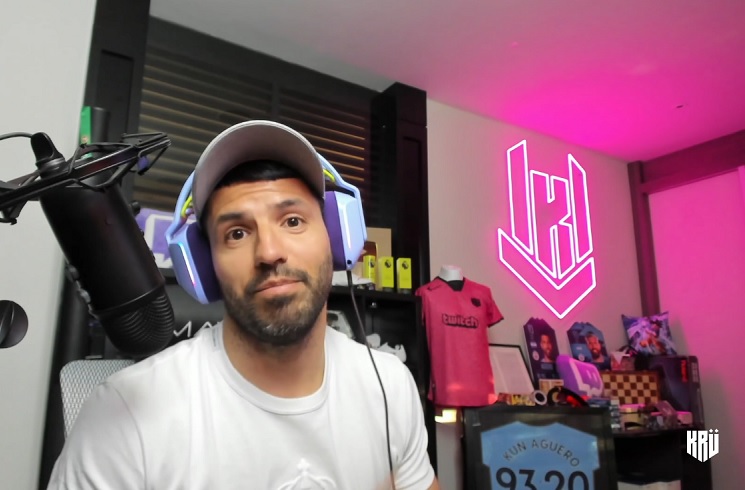 Sergio Aguero has been streaming for several months and the Argentine has attacked his critics over it.

Aguero will be taking part in his first Champions League final on Saturday when Manchester City play Chelsea. However, the soon to be Barcelona striker was on Twitch streaming where he attacked his critics.

With thousands of people watching and subscribed, Aguero had this to say about his streams:

“I think today is my last stream, I don’t know for how long. My agenda is full. I think it’s my last day. On Thursday, I fly out to Portugal, Saturday is the match. After that I have to go to Argentina. I’m in Argentina the entire month of June. And in July I won’t do anything either.”

“Today, everyone is jumping on the bandwagon, the record. How great Kun is when just a while ago they (the journalists) were killing me. Today it’s how great Kun is, it’s incredible what he did. I would prefer to be calm, to enjoy it there and focused on the national team.

“Everyone is expecting the slightest mistake and if something happens, the first thing they will say in Argentina is that I am a streamer. There are many journalists who didn’t like me from before. I don’t care.

“Some didn’t like it (him streaming), that I injured myself because I’m sitting. That I was streaming and thinking about football. What does streaming have to do with it? As if I’m riding a motorcycle and I’m about to kill myself.

“If you say I’m on a motorcycle, say it and that there’s a possibility that he get injured and he kills himself. I would say ok, that I’m irresponsible and I’m playing games. So I’m streaming, am I doing something wrong? I don’t understand why there are people who don’t like it.”