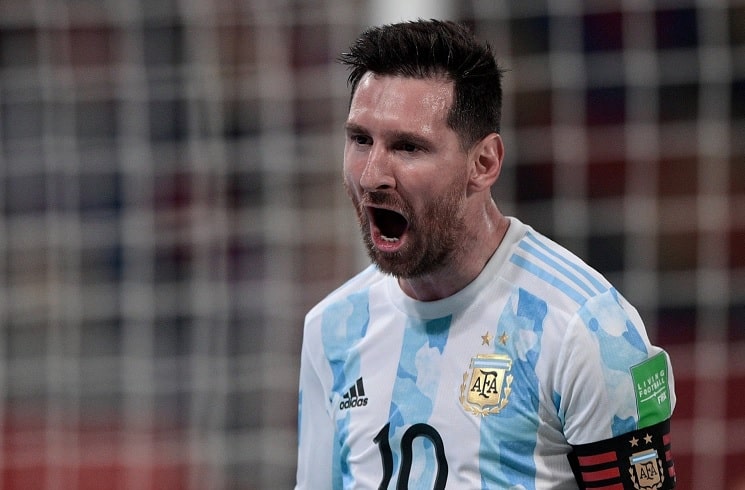 It was an emotional match for Lionel Scaloni’s team as they wore the national team shirt with a picture of Diego Maradona on the front, in honor of the late great player. Neither team was able to get the three points as two goals in the first half would cancel each other out.

Lautaro Martinez, who had little service in the first half, won Argentina a penalty. A lovely pass in by Angel Di Maria found the Inter man as he was tripped inside the penalty area.

The referee would go to VAR and would award Lionel Scaloni’s team the penalty. Up stepped Lionel Messi as he looked towards goalkeeper Claudio Bravo’s right but shot the opposite side into the bottom corner of the net to give Argentina the 1-0 lead.

Chile would draw level off a set piece. A free kick inside the penalty area would find a completely unmarked Medel who would score. Argentina would nearly take the lead once more off a Lionel Messi free kick but his effort was saved.

Argentina coach Lionel Scaloni made two changes at half time bringing in Lisandro Martinez for Quarta Martinez and Angel Correa for Lucas Ocampos. Quarta Martinez had picked up a yellow in the first half while Ocampos generally had a poor showing.

It was Chile starting the second half on the front foot and it wasn’t until Argentina’s third change where they began to play better. Julian Alvarez would get his national team debut as he came on for veteran Angel Di Maria.

Lionel Messi came close to scoring a second goal as his free kick hit the crossbar. A fourth substitute in Nahuel Molina for Juan Foyth followed with Scaloni going for a fifth as Exequiel Palacios was in for Leandro Paredes.