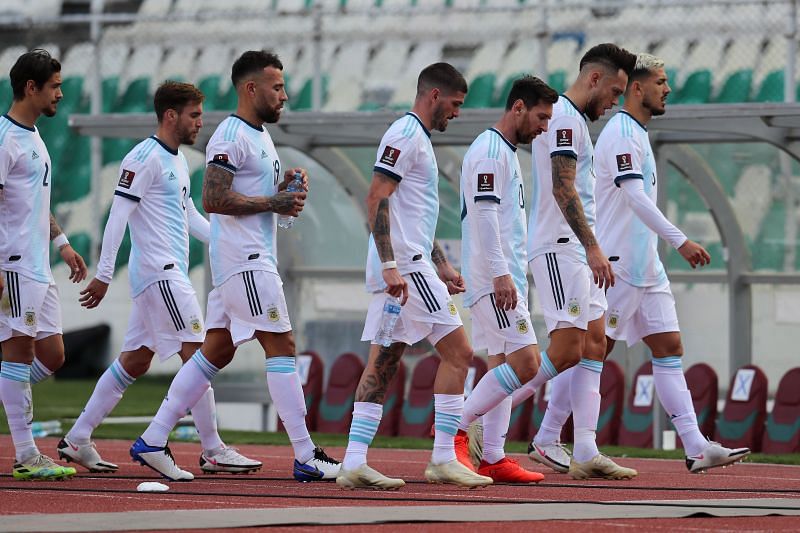 Argentina host Chile this Thursday at 8 p.m. (ET)at the Estadio Único of Santiago del Estero for Matchday 7 of the CONMEBOL World Cup qualifiers.

After the suspensions of Matchdays 5 and 6 in March of this year, the endless wait to watch the Argentina national team is over. It will be Argentina’s first appearance after Diego Maradona’s death (November 25th, 2020) and the first game since the Albiceleste’s 2-0 victory vs. Peru on November 17th, 2020.

Hence, Argentina is preparing a special tribute for the legend: The national team will enter the pitch wearing a special shirt honoring Maradona. AFA wanted Argentina to play with this shirt throughout the whole game, but FIFA rejected the request. However, per a report by Doble Amarilla, the government of Santiago del Estero will unveil a 5-meter statue of the genius. 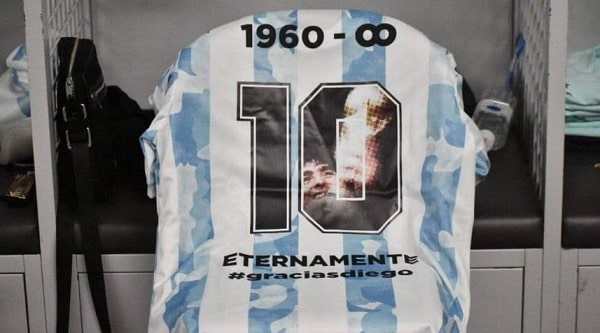 With 10 points, Argentina is currently positioned 2nd in the standings, while Chile is 6th with 4 points. The top 4 teams qualify to the 2022 World Cup in Qatar, while the 5th will play a play-off with another confederation’s team. Up to now, there have been played just four matchdays out of 18.

Argentina coach Lionel Scaloni will not count on Franco Armani and Gonzalo Montiel since both player’s PCR continue to test positive even though they’re no longer contagious. In addition to the two players, Nicolás Otamendi will not be able to play as he is suspended due to accumulation of yellow cards.

In Chile, the Uruguayan Martín Lasarte will make his debut coaching “La Roja”. On the other hand, Arturo Vidal tested positive for Covid-19 last Monday and has been hospitalized, so he will not be playing today. From Mundo Albiceleste we wish him the best of lucks in his recovery, and we hope to him soon on the pitch.

Argentina against Chile has become a big rivalry in South American football after the two Copa America finals in 2015 and 2016, won by Chile. These two teams will see place against each other once more in 11 days, on June 14th (as CONMEBOL just modified the schedule New Argentina fixture dates for Copa America announced | Mundo Albiceleste), for Matchday 1 of Copa America Brazil 2021. 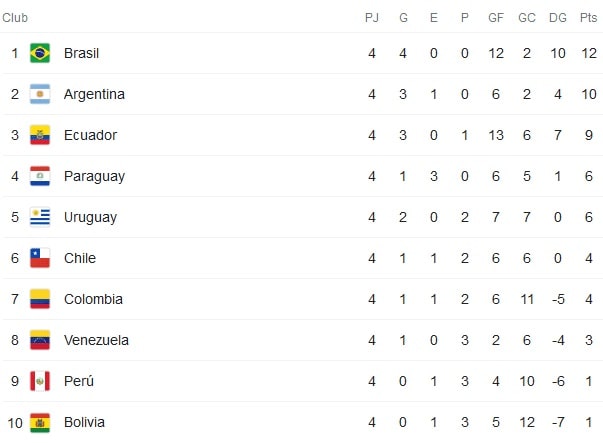 Make sure to join us on our Youtube channel following the match where we will have a live post-game discussion! Join the chat to leave your thoughts on the match!