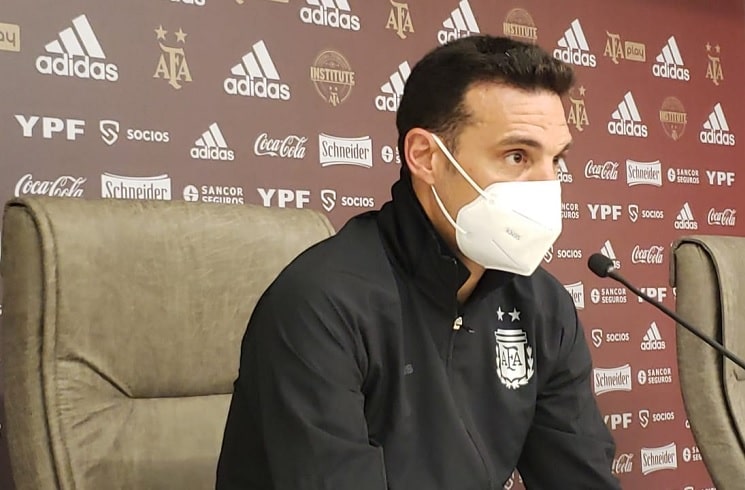 Argentina national team coach Lionel Scaloni and captain Lionel Messi both spoke to the media following the team’s 1-1 draw vs. Chile on Thursday.

Lionel Scaloni praised the young players, in particular Cristian Romero while Lionel Messi, who scored the only goal for the host team, commented on the situation and Diego Maradona. Speaking to the media, here’s what Messi had to say:

“It had been a long time that we weren’t together, it’s not easy coming back but I think at times we played a good game. I’m happy about the result, beyond that we couldn’t win. Little by little, we have to get stronger again.”

Prior to the match, the entire Argentina eleven wore tribute shirts in honor of Diego Maradona. While they wanted to wear the shirt for the match, FIFA would not allow it. However, Messi spoke about Diego Maradona following the match:

“It was a very special match because it was the first one without Diego. We know that the national team meant to him and we know that he was present. In addition, it was special for the situation in the country and in the world, it’s a very difficult situation for everyone.”

Coach Lionel Scaloni also spoke to the media. Here’s what he had to say about his team:

“The World Cup qualifiers are complicated, the opponents are difficult. I’m left with the feeling that we were the team that always tried to win. Under no circumstances does this result change what we are going to do in Colombia.”

In regards to the players who made their debut:

“I’m satisfied with the fact that the debut didn’t weigh down on any of the boys. That makes me happy, it’s a good sign. The positive aspect is that the team always showed face, they tried to attack, they practically created no chances. In the second half, we went deeper, with a different team. The negative is that they drew off a dead ball situation.”

Regarding Nahuel Molina and Cristian Romero:

“We saw that with Nahuel Molina we could attack a little more on the right side. Julian Alvarez came on and did well, he’s another option we have.

“Romero didn’t surprise us. I wasn’t wrong when I said that the national team has a great center back. We are happy, he played as if he had played 100 matches with the team. In the end, the best play in the national team.”