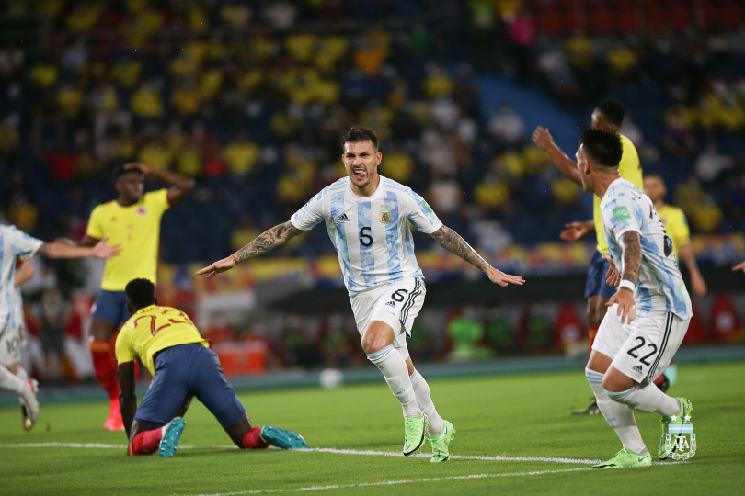 The Argentina national team have landed back in the country and are in Ezeiza.

Following the 2-2 draw vs. Colombia, the team flew back to Argentina where Wednesday will be seen as a day of rest. As we reported earlier, tests will be done on Cristian Romero while Emiliano Martinez has recovered from the knock from Tuesday’s match.

Lucas Alario is already out of the Copa America due to injury. At the moment, the others who are likely to be dropped from the Copa America squad are Jose Palomino, Emiliano Buendia and Nahuel Molina. This per ESPN. And in addition, one of the four goalkeepers in the team.

Franco Armani will not be with the team until he tests negative. He missed both of Argentina’s World Cup qualifying matches as his PCR tests were still positive. As mentioned, one of Armani, Emiliano Buendia, Agustin Marchesin and Juan Musso will likely be dropped from the final Copa squad on Thursday.

Argentina are going to have five training sessions prior to the start of the Copa America on Monday.