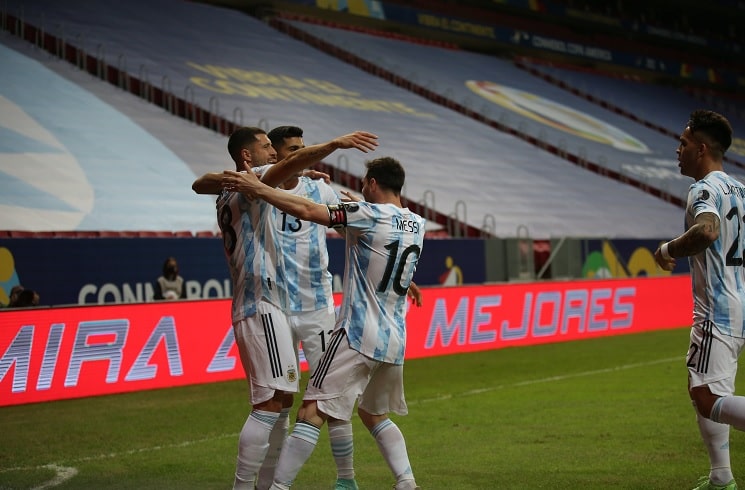 Guido Rodriguez scored the only goal of the match in Argentina’s 1-0 win vs. Uruguay.

Argentina have broken their run of three consecutive draws with a win against their eternal rivals. This was Uruguay’s first match of the Copa America and are well rested, as opposed to Argentina who played on Monday.

Rodriguez, who was not even supposed to be starting for Argentina, replaced Leandro Paredes in the eleven and showed his worth. A cross into the penalty area by Lionel Messi found Rodriguez who headed the ball onto the post and into the net.

Lionel Scaloni made two changes early in the second half. Joaquin Correa came on for Lautaro Martinez, who once more looked out of form. The second change was Exequiel Palacios for Gio Lo Celso. The team kept their shape and kept Uruguay at bay with Uruguay getting close to scoring once, as a cross was sent into the penalty area but it missed everyone.

Angel Di Maria was brought in for Nicolas Gonzalez who put in a solid effort, making runs and attacking the Uruguayan back line. Lionel Messi had the ball inside the penalty area a few times but his efforts were blocked.

The final change was German Pezzella for Rodrigo De Paul as Argentina held on to the 1-0 win.

It was a solid showing by Lionel Scaloni’s team as Uruguay had zero shots on target and three efforts off target.