Mundo Albiceleste
Home Copa America 2021 Emiliano Martinez: “We are here to win it. We are not afraid...
Facebook
Twitter
WhatsApp
Telegram 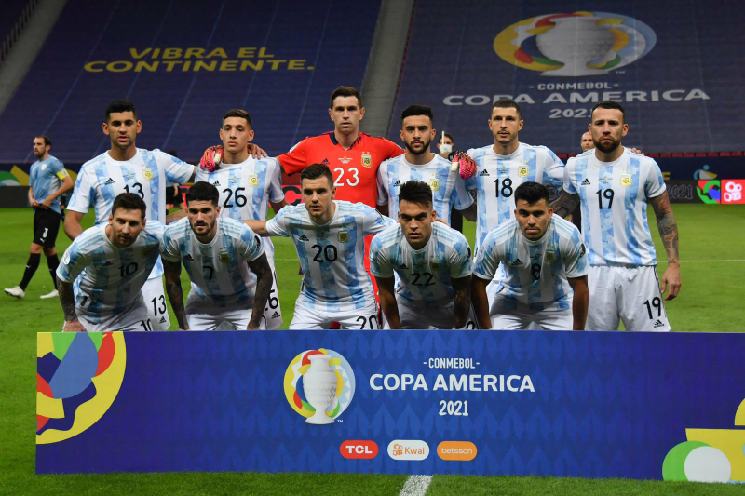 Emiliano Martinez spoke about Argentina’s 1-0 win vs. Uruguay, the team and the Copa America.

Martinez has now started the last four games for the Argentina national team and not only got his first win but his first clean sheet. He was interviewed by TyC Sports after the match, here is what he had to say:

“As a group, we were missing the win. We came with a bit of a bitter taste in our mouths because we played well and we couldn’t win.

“They would score against us when we could have been a little better defensively. Today, we defended first and attacked second.”

In regards to the Copa America:

“We are here to win it, it’s what we all dream of, we have the best in the world and a good coach who gives us a plan every match and we’re going to win.

“We have a great squad, anyone who comes in wants to do well, the coach gives a lot of confidence to the players and that is good for the group.”

Regarding favorites Brazil and the other teams in the tournament:

“We are not afraid of anyone, we respect everyone, we are going match by match. I believe from the match vs. Chile in Santiago to now, we are more solid and today we had the defensive solidity.”