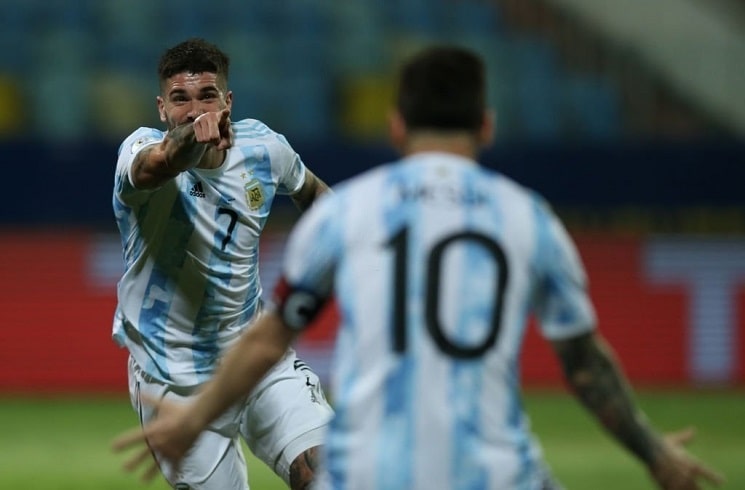 Rodrigo De Paul was one of Argentina’s stand out performers in their quarter final match at the Copa America.

De Paul scored the first goal of the match, which also happened to be his first ever in an Argentina shirt. It proved to be the match winner but in addition to his goal, De Paul also played a role in the third goal of the match.

He sent in a cross to Angel Di Maria when Di Maria was tackled down. The free kick led to a Lionel Messi goal for the third of the match.

While it was Lionel Messi who was awarded the Man of the Match, De Paul was up there among the best of the match.