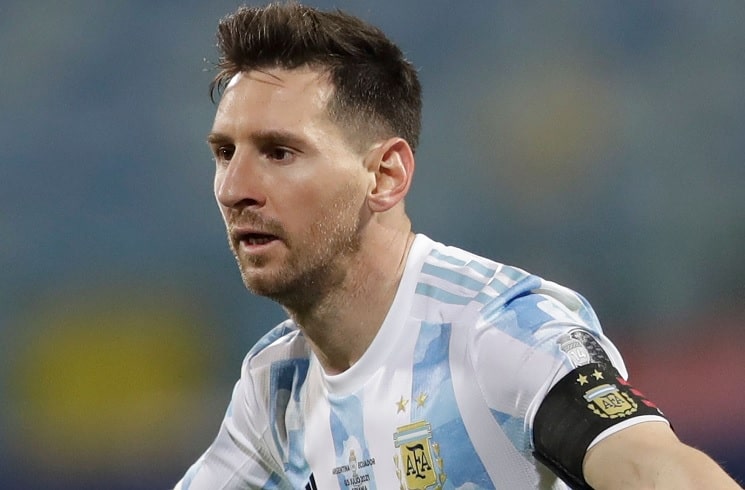 Argentina national team coach Lionel Scaloni spoke to the press following the team’s 3-0 win vs. Ecuador in the quarter finals of the Copa America.

Lionel Scaloni lived the game, as he usually does, in a very passionate and intense way. That’s how he was as a player and that’s how he is as a coach. We saw him constantly giving directions to his players, and also complaining repeatedly to the referee.

This is what the Argentina coach had to say in the post-game press conference:

“All the players gave their best until the last minute of the match and that, as a coach, fills me with pride. We are at a decisive stage, and we will try to move forward with work and humility.”

“With the substitutions, we took the initiative again and refreshed the team a bit. Ecuador is a good team and that must be considered.”

He also commented on how tough the Copa America is:

“Anyone who believes that all games can be won easily is wrong. The matches are tough, they are played to the limit.”

“It is a very difficult Copa America; there is a good level. To reach the semifinals you must play to win all the games. We have gone step by step. In the end, one always wins, but we made it clear that the process is important.”

“Leo’s game… I honestly don’t know if he’s ever going to get tired of being praised every day. The best thing that can happen for us football lovers is that he plays until he can, so we can continue enjoying him.

“Messi is enjoyed even by opponents when they play against him. We are talking about the best player of all time.”

Thinking on Tuesday’s semifinals game against Colombia, this is what Scaloni stated:

“We faced Colombia recently; they are a very difficult opponent, with top players. We hope to play with the same intensity, with the same enthusiasm.”