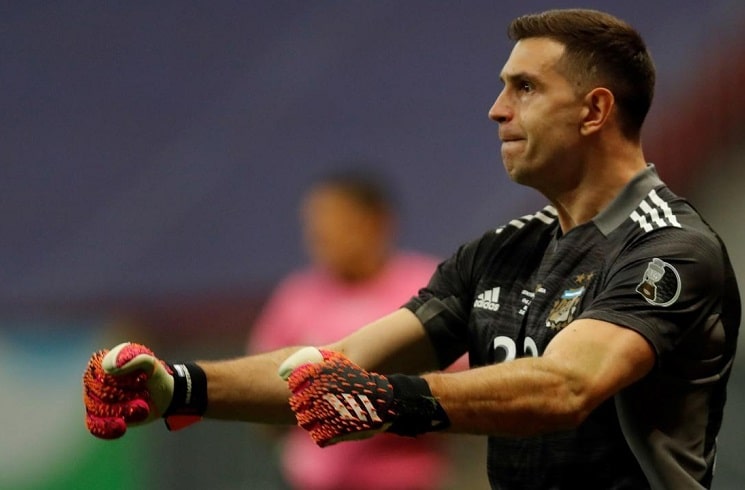 Emiliano Martinez has stolen the headlines in Argentina and across everything that is Copa America since the semi final win on Tuesday. He drove the Colombian players crazy during the penalty shootout and saved three of the five penalty kicks he faced.

If you missed it, you can read the translations of Emiliano Martinez’s comments by clicking here, with a video included. However, while his comments came as a surprise to many, it was no surprise to his brother. His older brother Alejandro spoke in an interview with AméricaTV regarding Emiliano. Here’s what he had to say:

“He’s daring, he always drove me crazy. Psychologically, he ruins you and you can see that he was lucky and succeeded, hope he keeps it up. I had absolute faith in him, my heard was there with him. Emi has always had a commanding voice, he’s a leader in the area and as a person.

“I wouldn’t disregard that tomorrow he becomes captain, he’s a reference point and he has shown that in four or five matches. It’s difficult for any player and he’s done it his entire life just like when we used to play. Two years ago we bet on penalties to see who would wash the dishes.”

Martinez also became a father while with the Argentina national team and Alejandro commented on it too:

“It cost him a lot, he had to weigh everything out. He became a dad from a far and he is anxiously waiting to meet her.”

Alejandro also revealed that the reason why Emiliano Martinez wears the number 23 with Argentina is because his son is born on that date:

“It’s June 23, that’s why he wears number 23. They had given him the 12 and he asked for the other one. He brings his baby with him everywhere, he hits the ball very well and he’s only 3 years old. He’s left footed too, impressive.”