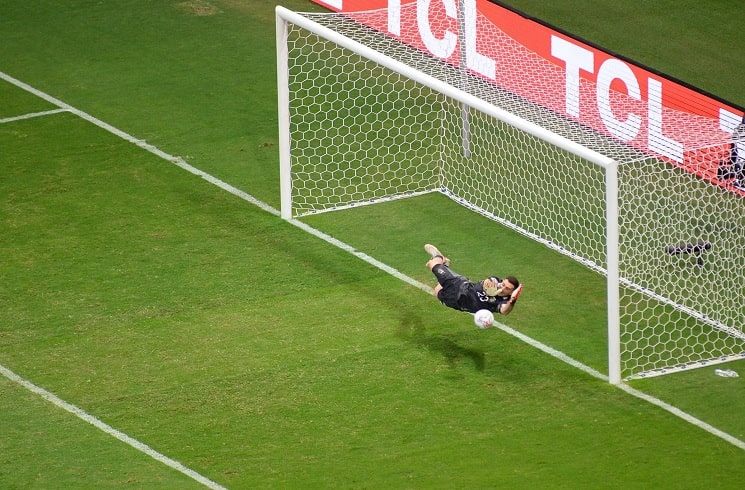 Emiliano Martínez was by far the man of the match in Argentina’s win on penalties against Colombia. In addition to providing security in between the three posts during the 90 minutes, Martínez saved three penalties in the shootout while distracting and putting pressure on the Colombian shooters by talking to them.

Here is the “Dibu” Martínez show in the penalty shootout vs. Colombia:

Those were Martinez’s words when Sánchez was running towards hitting the ball. Emiliano saved that penalty by jumping to his left.

On Colombia’s third penalty, Martínez would repeat his tactic. This time, it was Yerry Mina who went to grab the ball to place it in the penalty spot when “Dibu” started talking to him.

Martínez: “You are not going to celebrate in my face, are you?”

Emiliano saved that penalty by throwing himself again to his left and celebrated euphorically. Both, the Argentina goalkeeper and the Colombian defender had previously collided in the World Cup Qualifiers game, which ended with Martínez injured.

With Colombia’s last penalty, Martínez didn’t say a word. He had just received a warning from the referee. Still, we can listen to someone, behind the goal, shouting at Edwin Cardona. Martínez saved it once more, throwing himself to the same post, qualifying Argentina to the Copa America final.