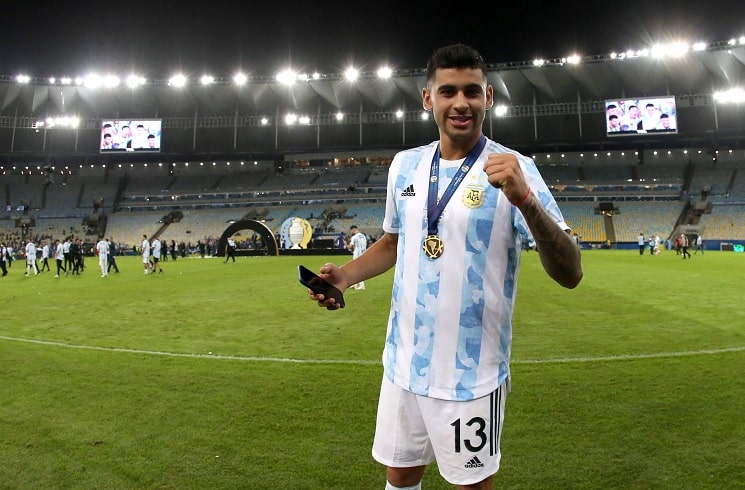 According to the Spanish and the English media, FC Barcelona and Tottenham Hotspur are interested in Cristian Romero of Atalanta.

Per reports by Mundo Deportivo in Spain, FC Barcelona is looking to reinforce their defensive line this summer, and Romero would be one of the candidates.

Atalanta CEO, Luca Percassi, spoke today with the press and acknowledged that many clubs expressed their desire in signing the Argentine defender during this transfer market. On the other hand, Percassi settled his aspiration to retain Romero at Atalanta:

“It is obvious that Cristian had an extraordinary season; he was awarded as the best defender of Serie A. The interest is normal. The principle we have followed in recent years is that transfers should strengthen us, not weaken us. This is our idea.”

Although the tough stance of the Atalanta CEO may be a negotiation strategy, the truth is that the club from Bergamo is willing to sell the 23-year-old for a high price.

Cristian Romero was signed on loan last year from Juventus. Recently, Atalanta exercised his definitive purchase option for an amount close to €20 million. Even though his market value is €35 million according to the specialized portal “Transfermarkt”, it is estimated that Atalanta will not let him out for less than €60 million.

The national team’s defender had an amazing season with Atalanta, playing 38 matches and being a key player in the team’s defensive structure. In addition, he won the Copa America with Argentina, playing at a great level, and being a starter in the final vs. Brazil.