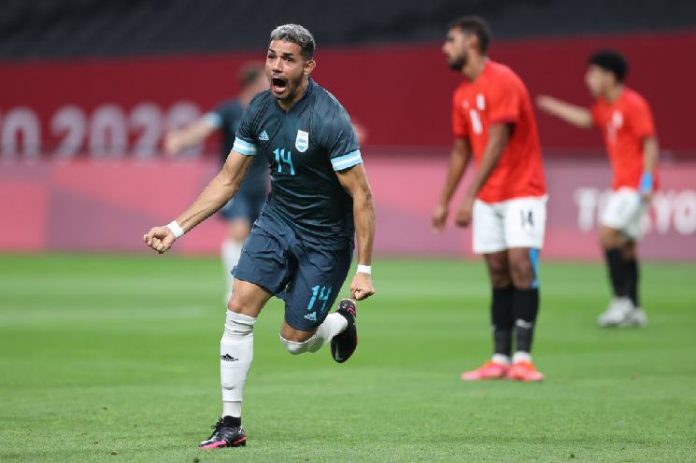 Facundo Medina gave Argentina a life line at the Olympics as he scored in their 1-0 win vs. Egypt.

Having lost their opening match at the Olympics 2-0 vs. Australia, Fernando Batista’s team knew they had to bounce back with a win. A loss would have meant a possible elimination from the tournament before even playing their third group stage match.

A slight change from the eleven which started vs. Australia as Ortega was shown a red card in that match, while Colombatto and Valenzuela were also dropped for this one.

Argentina were applying the pressure from the first minute and Adolfo Gaich came close to opening the scoring. A shot from outside of the penalty area but his effort hit the woordwork. Despite the early pressure, a stubborn defensive Egypt were able to keep Argentina out.

Egypt nearly took the lead themselves had it not been for Ledesma who pulled off a great save from close range. The first half would end score less.

The second half would finally bring Argentina’s first goal of the Olympics. What looked to be a shot or a cross by Mac Allister into the penalty area hit the post as the ball fell to Medina who scored to give Argentina the 1-0 lead and the three points.

Here are the current standings: