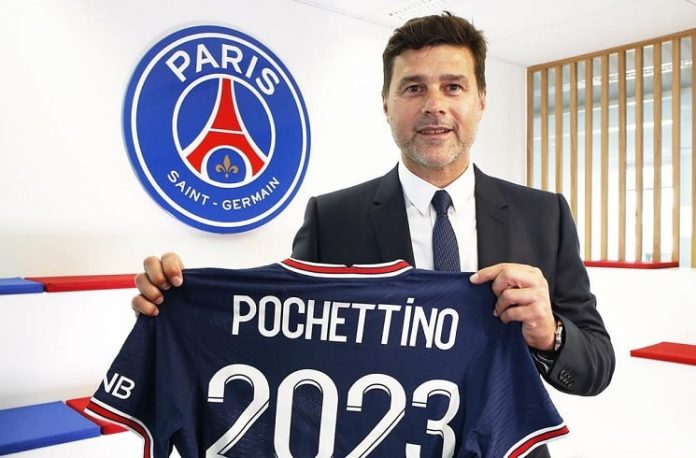 Speaking with the press, Pochettino showed his happiness about the renewal. This is what he had to say:

“I am really happy. For us, it is very important to feel the support and trust of the club. We will do everything possible to make the fans proud of us. 20 years ago I was the captain, and now I am the coach. It is a dream come true.”

In addition, PSG president Nasser Al-Khelaïfi also spoke with the press about the deal:

“We are happy that Mauricio is continuing his adventure at PSG. He was captain 20 years ago; he shares the club’s values, ambition, and vision for the future.”

As in previous years, Paris Saint-Germain’s main goal is winning the UEFA Champions League for the first time. That is what Mauricio Pochettino will try to reach next season with his players. The Parisian club has already signed some good names with that objective in mind: Sergio Ramos, Gianluigi Donnarumma, Achraf Hakimi, Georginio Wijnaldum, and Danilo Pereira.

Pochettino arrived in PSG in January of 2021, replacing Thomas Tuchel, and signed until June of 2022. This means that he still had one year left on his contract.

In terms of results, his first months coaching PSG were normal, taking into consideration the club’s potential. Although lifting the French Super Cup by beating 2-1 Olympique de Marseille, and winning the French Cup, defeating AS Monaco 2-0 in the final, they finished in second place of the Ligue 1, one point below LOSC Lille. They also reached the UEFA Champions League semifinals, where they lost both legs vs. Manchester City.

With three Argentine’s within the squad (Leandro Paredes, Ángel Di María, and Mauro Icardi), Mauricio Pochettino will go in search of a great 2021/2022 season with Paris Saint-Germain.