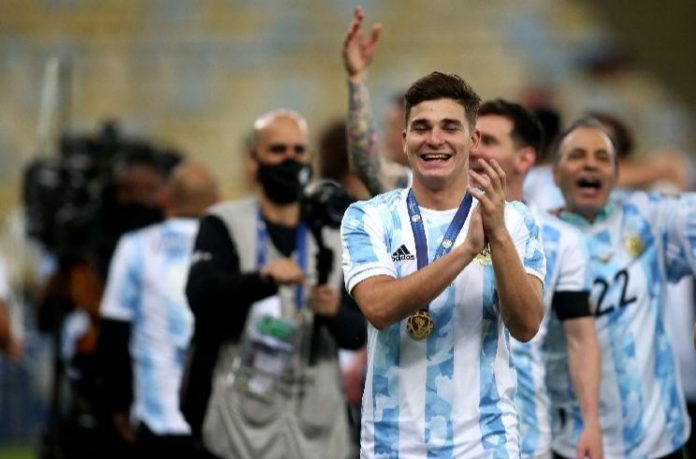 Julian Alvarez has reportedly rejected a bid to join Orlando City in the MLS while his agent is in talks with Aston Villa.

The 21 year old River Plate forward is a wanted man. Per a report by Hernan Castillo of TNT Sports, Alvarez turned down a bid from Orlando City in the MLS. According to Castillo, the MLS club bid $10 million dollars for him but he has turned it down as he prefers to play in Europe.

According to a separate report by ESPN, Aston Villa are in contacts with his agent over a potential move to the Premier League. The club recently signed Leon Bailey but should the Copa America winner join them, he would become the third Argentine at the club alongside Emiliano Martinez and Emiliano Buendia.