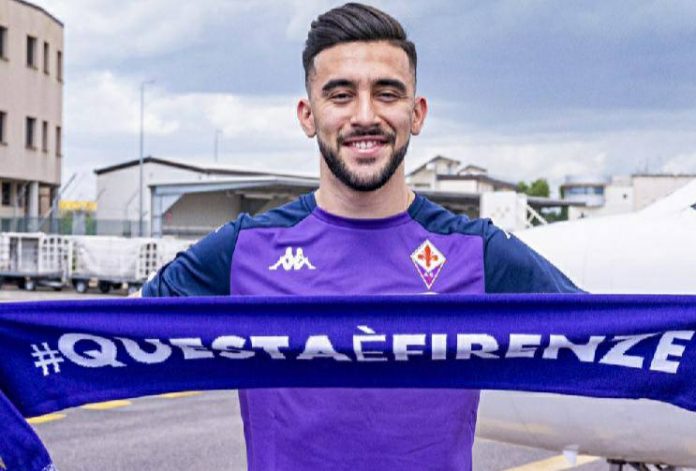 Nicolas Goznalez has finally landed in Florenca as he joins Fiorentina from Stuttgart.

After winning the Copa America with Argentina, Nicolas Gonzalez now has a new destination. Gonzalez, who joined Fiorentina during Argentina’s Copa America winning campaign, has landed in Florence to join the team.

He joined for a reported €27 million which would see him stay at the club until 2026 where he would earn €2.7 million a year. He ended last season with Stuttgart scoring six goals and assisting twice in 15 Bundesliga matches.

Fiorentina now have three players from Argentina’s Copa America winning team in their squad. The two others being captain German Pezzella and Lucas Martinez Quarta.

Gonzalez spoke in a video on Fiorentina’s website where he revealed that he will enjoy every day in Italy, which was not the case when he was in Germany. In addition, he stated that he spoke with Martinez Quarta and Pezzella a lot but mainly Martinez Quarta about the club prior to joining.

On the flight to Florence, he was asked if he’s ready for the new chapter:

“I’m really happy to be heading to Florence. I can’t wait to get to the club and meet my team-mates and represent Fiorentina, which is amazing for me. It’s something I’ve always wanted, so now that it’s happened, I want to seize this opportunity and show everyone what I can do.

“Now I’m focused on Fiorentina and on proving myself. I’m really happy and have high expectations. I want to ensure the club is as successful as possible.”

If he was expecting to win the Copa America with Argentina:

“It was a one-off experience. When we started out, we didn’t know if we’d be able to win but as the games went by our confidence grew and we started to believe we would win the cup. Luckily we were able to bring it home and everyone was delighted. We loved it and so did our families.”