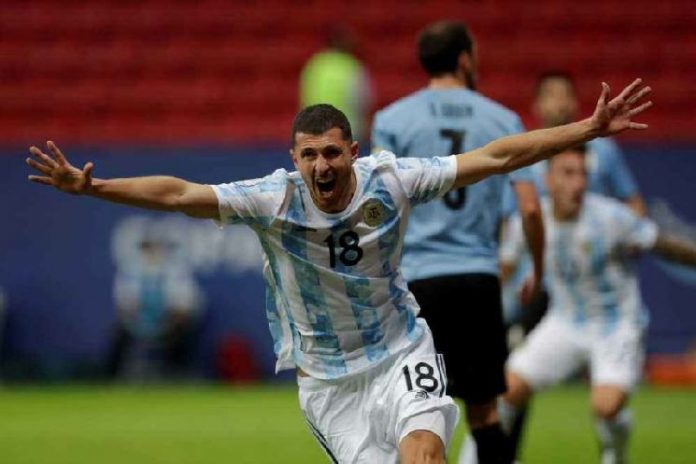 Liverpool and Arsenal are reportedly interested in signing Guido Rodriguez.

According to a report by both La Razon and Fichajes, the 27 year old is wanted by Liverpool. The club are looking for a replacement for Georginio Wijnaldum and Guido’s name has been mentioned.

In addition, Arsenal are also being rumored with the 27 year old.

Playing 35 matches for Betis last season in the league, he scored once as the club finished in sixth place in La Liga. A Copa America winner with Argentina, last season was Guido’s first at the club.