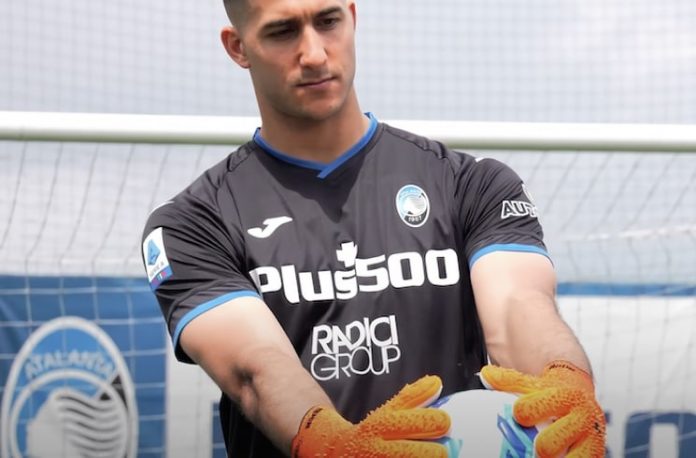 After being part of the 2021 Copa America champion squad with the national team, the 27-year-old Argentine goalkeeper returned to Italy to join Atalanta. After three great seasons in Udinese, Musso moved to the club based in Bergamo in exchange for a €20 million deal.

This is what he had to say regarding his transfer and his days in Udinese:

“At Udinese, I felt very comfortable since I arrived. It is a team that did me very well. It helped me grow and adapt to a league that is very complicated, especially for goalkeepers. This step fills me with happiness because Atalanta is a club that I have always admired since I arrived in Italy. Being here makes me very happy.”

“Especially because it is a team that competes in the top positions, has reached the end of the Cup, and is also in the Champions League, which they have played really well in recent years. I am very excited.”

With the Argentine Copa America winner “Cuti” Romero named as the best defender of the league last season, Atalanta finished in the top four and they will play the Champions League the upcoming season.

This is what Juan Musso had to say about the possible departure of Cristian Romero from Atalanta:

“There is a strong possibility that Cuti will leave. He had two very good seasons, in Genoa and a very good one here too. Needless to say, he also played incredibly in the Copa America. I knew that this situation could happen. I would have liked to have him here but I’m happy for him because it’s something he wanted, and football is like that.”

The former Racing Club man also talked about the competition between the national team’s goalkeepers during the Copa America:

“In the National Team, you compete with the best; we are all qualified to play, and we must support the choice of the coach. We made a great group with the goalkeepers. In this case, the joy of ‘Dibu’ (Martínez) was ours; the group was very united, and we wanted to win the Cup. It didn’t matter who came out on the pitch.”

He also talked about Emiliano Martínez’s show during the penalties against Colombia:

“We already knew ‘Dibu’, and it was a normal thing. The issue was that there were microphones near the goal and what he was saying was heard very clearly. But there were several screams, and we yelled from the side too. At the time it didn’t seem the same way as on TV. And when I saw how he celebrated, it seemed like he was playing ‘Truco’ (typical Argentine card game) with us, where we made jokes that way.”

In addition, Juan Musso commented on Argentina’s captain Lionel Messi. This is what he had to say about Leo:

“The hug with Messi was incredible. We all knew that he deserved it more than anyone, and he was very close to achieving it many times. If you look back, you don’t have an idea of ​​what it is like to reach three finals, and not even lose them; in the 90 minutes, no rival beat them. It was like he couldn’t be crowned, but Argentina was at the top of world football with this generation and with Leo, who is the best of all.”