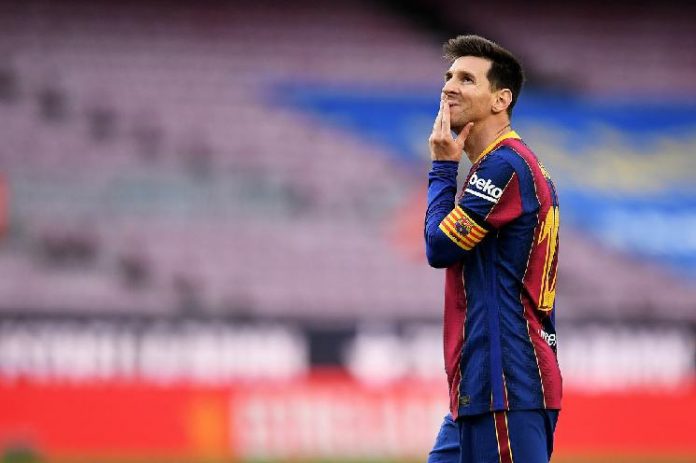 Barcelona president Joan Laporta has confirmed that Lionel Messi will not be continuing at the club.

Laporta has mentioned several times that the club will do their best to ensure that their greatest ever player remains wearing their shirt. However, news broke on Thursday that Messi would not be able to continue at Barcelona due to economical situations.

On Friday, club president Joan Laporta held a press conference where he confirmed that Messi would not remain with Barcelona while explaining the reasoning. Here is what he had to say, quote courtesy of BarcaCentre.

“I am here to explain the situation we have reached with the negotiations for Leo Messi. I want to say that unfortunately we have received an inheritance in which we have no margin with the salary mass.

“The sports payroll represents 110% of the club’s income. This means we have no margin and the rules of La Liga go through financial fair play. The numbers are much worse than officially said.

“Renewing Messi carried certain risks, and we would be willing to take risks, but we don’t want to put the club at risk. The previous board has done a very, very poor job.

“Leo wanted to stay at Barcelona, we wanted him to stay. Thanks to all the negotiators during all these months. It was his will to stay.

“Within the Spanish league we have to adhere to this rule, which should be more flexible. Messi deserves everything, he has shown his willingness to stay at Barça. I’m sad, but I also know that we have done our best for the interests of FC Barcelona.

“Today a new era begins. There is life after Leo.

“Options to redirect the situation? I do not want to generate false hopes. The player also has other proposals. There was a time limit, for us and also for Messi. First we agreed on a two-year deal, then on a five-year deal. But it hasn’t been possible. Leo has made history.

“The negotiations with Messi have concluded. Depay, Kun and the other signings are here because they have accepted certain conditions. We are more motivated than ever, a high level will be demanded of us and we are ready to take on the challenge that, without Messi, Barça continue to give joy. I am convinced that the post Messi era will be very successful.

“We cannot give Leo the recognition he deserves due to COVID-19. The stadium can’t be filled. I said that we would do everything possible to renew Messi within the financial possibilities of the club. A situation derived because we have no salary margin.

“We had to make a decision… and I have made it. Two days ago I came to the conclusion that this was no longer enough. Yesterday I was having the last conversations with Jorge Messi, it has been a very intense two-month negotiations.

“Even without Messi we do not have more margin in the salary limit. Unilaterally terminating player contracts signed by the previous board can be done but it is risky and you can lose it in court.

“Leo wanted to stay so he’s not happy. We all wanted him to stay, so he now is like us, facing the reality. I wish him the best wherever he goes. Barça will always be his home. La Liga would like to have Messi, but they ask us, and it is logical, to comply with the regulations. We cannot comply with it because of the bad management of the previous board.

“Jorge Messi has been very correct and at no time has he asked for anything out of the ordinary. Receiving a call from La Liga saying that the limit can be changed? It’s a dream that we fans have, of course I imagine things… but the reality is what I am telling you.

“Without Messi, the wage bill is 95% compared to the club’s income. It’s a very important event for the history of Barça and that’s why I spoke to the whole dressing room. I explained to them that a new era is beginning, that they are the protagonists and that we have to show the world that we can win.

“Messi will have the tribute how he he wants it. PSG? I don’t know, really. They have been linked to him but I don’t know if it’s concrete. We got to a point in which we were shaking each other’s hands. I wanted to hold a joint press conference, but the situation is disappointing. On both sides.

“Messi already made all the efforts he had to make and had much higher offers.”

This would mean that Lionel Messi will be wearing a new shirt as of this season.