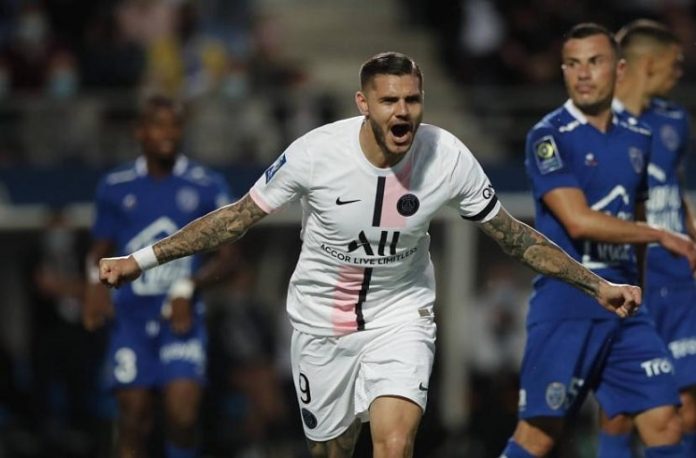 Mauro Icardi scored his first goal of the season for PSG in their 2-1 win vs. Troyes.

Icardi opened his account for the season and it proved to be the match winner. Mauricio Pochettino started Mauro Icardi as Angel Di Maria and Leandro Paredes were not part of the squad for the first match of the season.

With the score at 1-1, a cross by Herrera found Mbappe who controlled it down and played a pass into to the Argentine. Icardi would control it and an outside of the foot finish would give PSG their second goal of the match.

The former Inter man, already 28 years old, was not part of the Argentina squad which won the Copa America last month. With the World Cup coming up next year, he will have to produce some good performances should he want to be in with a chance to take part in the tournament.

He finished last season with seven goal in 20 league matches.

The visitors turn it around as Mauro Icardi strikes it home to take a 2-1 lead over Troyes.#ESTACPSG LIVE NOW ⬇️
📺 beIN SPORTS
💻 CONNECT https://t.co/LRYa03w6yI pic.twitter.com/zlfKjn7U7b