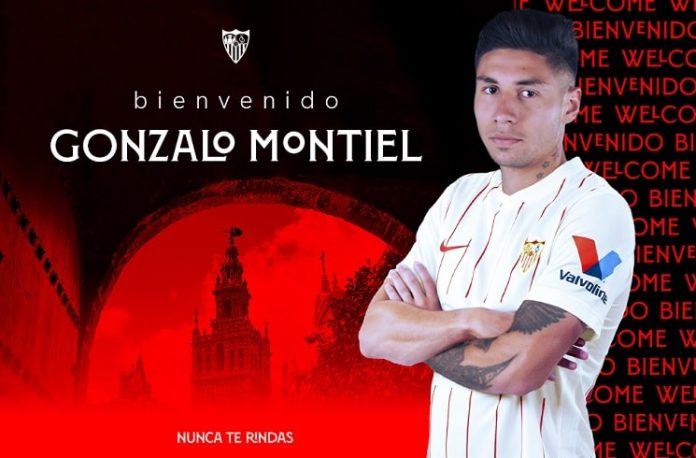 Gonzalo Montiel has signed with Sevilla.

Montiel becomes the fifth Argentine player at the club as he put pen to paper on Friday. Sevilla announced the Argentina Copa America winner with a video through their social media channels.

The 24 year old joins right back signed a five year contract. He came up through the River Plate youth system where he made a name for himself. A Copa Libertadores winner, this is Montiel’s first European club.