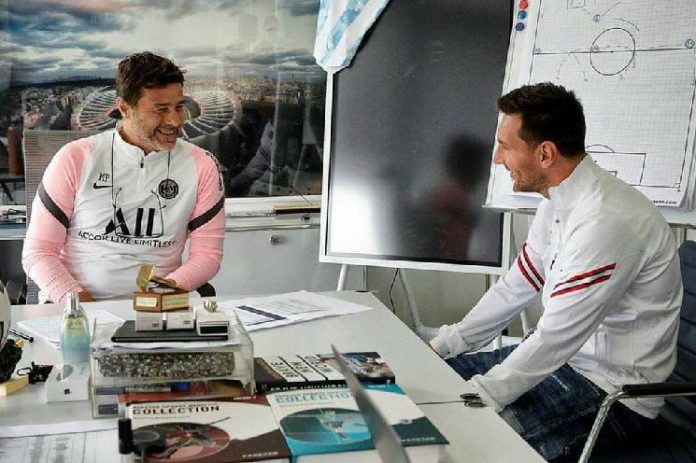 Paris Saint-Germain coach Mauricio Pochettino spoke in a press conference this Friday and commented on Lionel Messi’s arrival in the club.

This is what he had to say about Messi’s arrival:

“We know what Leo represents and what he is as a football player. It is a privilege that he is here.

“I see Messi happy, content and with incredible energy. I am also Argentine, from Newell’s… one admires these players but that aside; we are going to work responsibly to hopefully achieve the goals of the club.”

Mauricio Pochettino also commented on when Messi could potentially make his PSG debut:

“It is his second training session after a month. The priority is that he is well, feels good, and when he is in the best condition, he can debut.

“I want to have the best players like any coach. Everyone knows that Messi is the best or one of the best in the world.”

Although almost the entirety of the press conference revolved around Messi, Pochettino was also asked about Mauro Icardi’s continuation at the Parisian club. Rumors are circulating about a possible departure for the Argentine striker. This was the PSG coach’s response:

“Mauro is part of the team. There is no reason to think that he will not continue here in the future.”

Paris Saint-Germain play this Saturday against RC Strasbourg at The Parc des Princes stadium, for Matchday 2 of Ligue 1. It is confirmed that Lionel Messi will not play since he just had a couple of training sessions in PSG, and his last match was the Copa America final vs. Brazil, more than a month ago.

Per reports from the French media, Mauro Icardi, who scored the winning goal in PSG’s last match vs. Troyes, would be the only Argentine in the starting eleven.