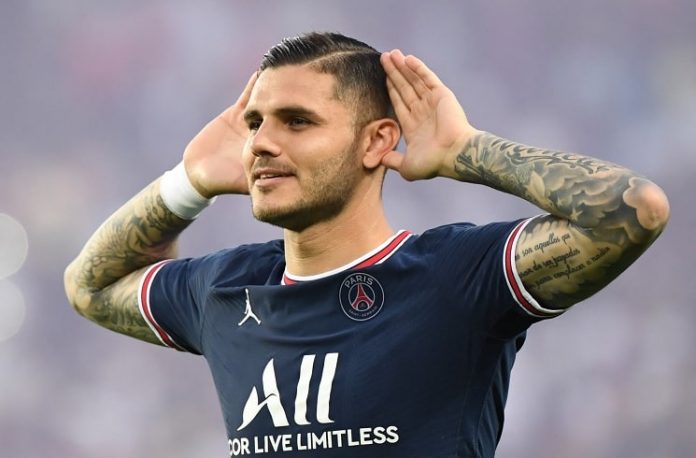 Mauro Icardi continues his excellent start to the season as he scored his second goal in two matches.

It took only three minutes for Icardi to score the opening goal of the match. A cross into the penalty area found the number 9 as his flying header opened the scoring and gave PSG the 1-0 lead.

Lionel Messi was presented before the match as he, along with the two other Copa America winners with Argentina on the team, Angel Di Maria and Leandro Paredes watched from the stands.

Icardi is definitely making a case for himself to be included in the Argentina squad for next month’s World Cup qualifying matches.