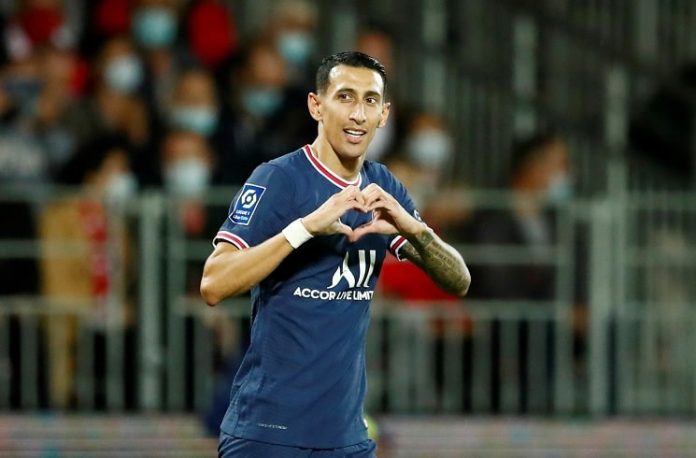 Ángel Di María scored his first goal of the season in his first match back for PSG.

Di María, Agentina’s Copa America final hero scored a goal similar to the one he scored in that Copa final. Mauro Icardi was the only Argentine in the starting eleven as Ángel Di María was on the bench and Lionel Messi along with Leandro Paredes were left out of the squad.

While Icardi played 86 minutes, Di María was brought on for Mbappe with nine minutes left in the match. With the score at 3-2 for PSG, it was a counter attack that was started by Di María as he played a pass to Hakimi who returned the ball back to the Argentina and Di María’s first touch was the lob over the goalkeeper.