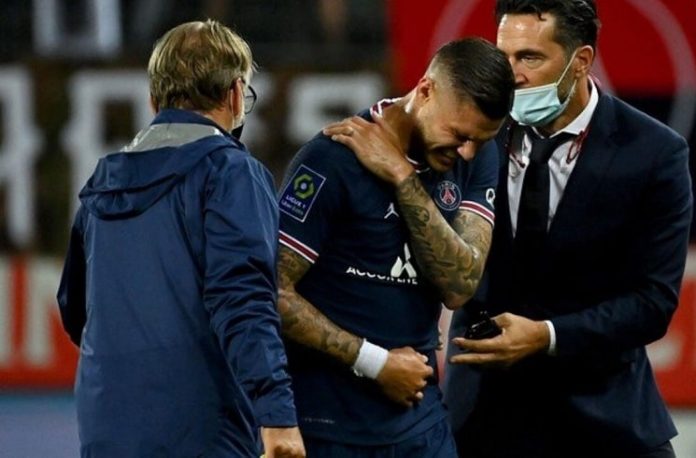 Mauro Icardi had to be substituted off injured for PSG.

Icardi was unable to finish the match for PSG after having gone down and landing on his shoulder. He was holding his shoulder while being substituted off and was seen leaving the stadium with his arm in a sling. PSG coach Maurico Pochettino stated the following:

“It will be necessary to see the analysis, the scans when we land in Paris. We will see but it doesn’t look good. Let’s hope it’s just a scare and nothing serious, he has pain in his shoulder.”

Argentina national team coach Lionel Scaloni was expected to include Mauro Icardi in the squad for September’s World Cup qualifiers. With the injuries to Lautaro Martinez, Lucas Alario and Sergio Aguero, Icardi was next in line to be included but this injury could keep him out.