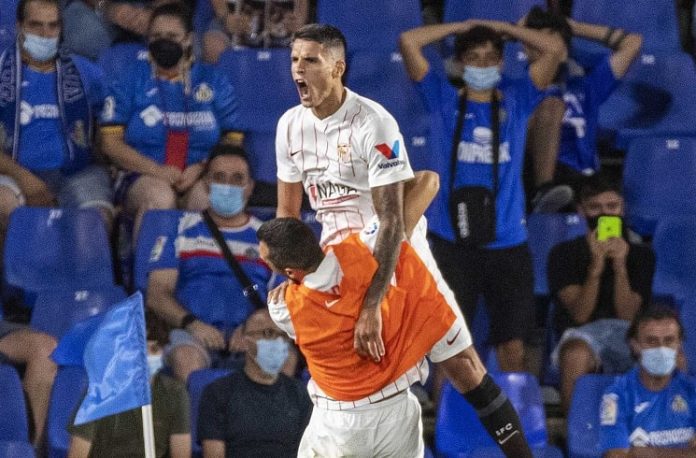 Erik Lamela was brought on as a substitute and scored in injury time for Sevilla to give them the 1-0 win vs. Getafe.

Lamela is joint top scorer in La Liga as he leads the Pichichi race. Now on three goals in two matches since joining Sevilla, Lamela has been the ultimate super sub since joining the club.

With the score at 0-0, it was a counter attack in injury time as Rafa Mir’s effort hit the post but the Argentine was there for the rebound as he scored to give Sevilla the three points.

Marcos Acuna and Alejandro Papu Gomez, who have both been selected for the Argentina national team, started the match. Gonzalo Montiel was an unused substitute.

Erik Lamela with Sevilla this season: