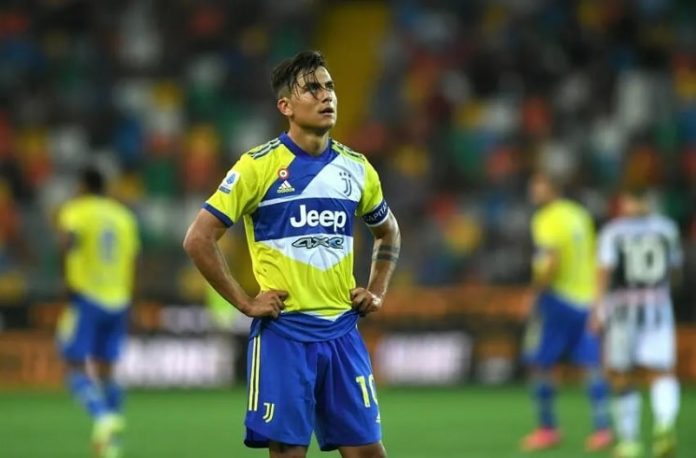 Paulo Dybala has been selected for the Argentina national team for the first time in close to two years.

Argentina coach Lionel Scaloni was regularly selecting Dybala in his squads since taking over as coach three years ago. However, it’s been nearly two years since the jewel has put on an Argentina shirt.

Since that time, Argentina played two World Cup qualifying matches and lifted the Copa America trophy, two things which Dybala has missed out on. Already 27 years of age, Dybala will be 28 in November and he is still not a regular in the national team.

On the pitch, there’s no doubting Dybala’s talents. He could walk into any club in the world and instantly make them a better team. But with his country, he struggles to get into the starting eleven when selected. He once infamously stated that it is difficult to play alongside Lionel Messi, a comment which left a sour taste in the mouths of many and made it seem as if he wasn’t capable of playing next to the best player in the world.

However way you want to comprehend Dybala’s comments about playing with Messi, he proved the doubters wrong at the 2019 Copa America. It was the third place playoff and coach Lionel Scaloni started a front three of Sergio Agüero, Lionel Messi and Paulo Dybala. It was a match where Messi was controversially red carded but also a match where Dybala scored and he showed that he can play alongside Messi.

Last season was one filled with COVID and injuries. One which saw not only Dybala struggle but Juventus going trophy less. This led to, as mentioned earlier, the 27 year old missing out on being included in the Argentina squad, a team which won the Copa America.

But this time around could be different. A summer off to rest and train, the Argentine posted several social media pictures of himself getting into better shape and elected as vice captain of Juventus, the pressure is on Dybala to step up his game this season. And the first match of the season saw Dybala wearing the armband for Juventus, scoring three minutes into the match and assisting the other goal.

Lautaro Martínez, who won Serie A with Inter and was the starting number 9 for Argentina when they won the Copa America, is just coming back from a knock. Lucas Alario, who was previously preferred over Dybala, has been left out of the Argentina squad. Sergio Agüero, the veteran, is injured and out until October. And Mauro Icardi, who was rumored to be selected for September’s squad, injured his shoulder and is out for 3-4 weeks.

The stars are aligned for Dybala to cement himself and show that, once and for all, he belongs in the Argentina national team. In excellent form and with the summer off, there is no reason for him not to shine if given the chance.

In addition to World Cup qualifying matches in September, there will be three more of them in October and two more in November. And with three months at the start of next season to show their worth before the World Cup, the time is this season and it’s now where Dybala must prove himself to coach Lionel Scaloni that he should be selected.