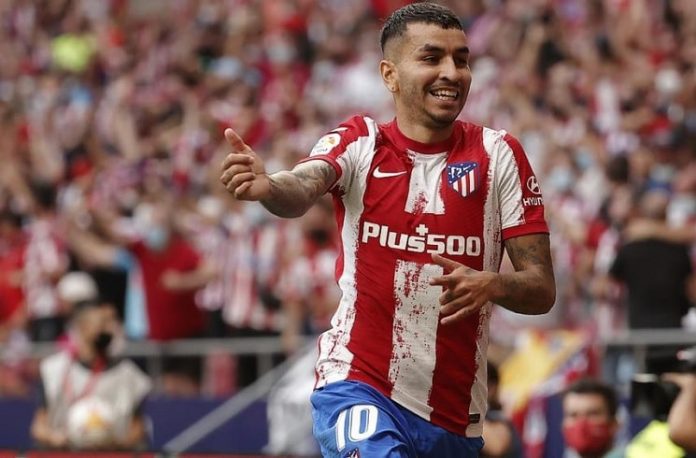 Angel Correa scored for the second match in a row for Atletico in their 1-0 win vs. Elche. Correa, who scored twice in their opening match, leads La Liga with three goals. Rodrigo De Paul also started and provided the assist on the goal.

De Paul’s assist was very similar to the one he gave Angel Di Maria when Di Maria scored vs. Brazil in the final of the Copa America. Nehuen Perez was an unused substitute for Diego Simeone.

Erik Lamela continued his goal scoring form as he scored in injury time for Sevilla in their 1-0 win vs. Getafe. Lamela, like Angel Correa for Atletico, scored twice last week and is joint top scorer with three goals in the league. Marcos Acuña and Alejandro Papu Gomez started the match with Gonzalo Montiel an unused substitute.

Of the four Argentine players, Acuña, Papu Gomez and Montiel have been called-up to the Argentina national team.

Erik Lamela with Sevilla this season:

Geronimo Rulli kept a clean sheet for Villarreal in their 0-0 draw vs. Espanyol. Juan Foyth started the match for the Europa League winners as both players played the entire 90 minutes. In addition, both have been called-up to the Argentina national team for September’s World Cup qualifiers.

Jeremias Ledesma started for Cadiz in their 1-1 draw vs. Real Betis. He was the only Argentine to take part in the match as Guido Rodriguez was an unused substitute for Real Betis while Marcos Mauro remained on the bench for Cadiz.

Mallorca had two Argentine players in their 1-0 win vs. Alavez. Franco Russo started for Mallorca in their back line while Rodrigo Battaglia was brought on as a substitute.

Matias Dituro was the starting goalkeeper for Celta in their 0-0 draw vs. Osasuna. Franco Cervi and Augusto Solari were brought on as substitute for Celta while Ezequiel Avila was also substituted in for Osasuna.

Oscar Trejo started and played the entire 90 minutes for Rayo as they lost 1-0 vs. Real Sociedad.