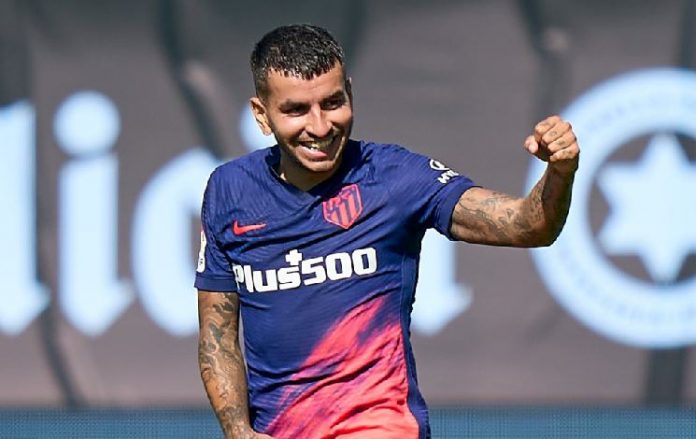 Angel Correa was the man of the match for Atletico Madrid in their 2-1 win vs. Celta. The Argentine Copa America winner scored both goals for Diego Simeone’s team. Correa gave Atletico the 1-0 lead with a great strike from outside of the penalty area. And with the score at 1-1, Correa would give Atletico the lead once more through a lovely finish from close range.

Rodrigo De Paul was brought on as a substitute in the second half while Nehuen Perez did not take part in the match.

For Celta, goalkeeper Matias Dituro started in their loss while Augusto Solari and Franco Cervi also came on as substitute.

Erik Lamela, like Angel Correa, also scored twice in the opening match of the season. Lamela, who joined the club in the last transfer window, was brought on as a substitute and scored the second goal of the match. A big deflection off the Rayo player beat the goalkeeper.

Lamela’s second goal was similar to that of a poacher as a low cross was sent into the penalty area and his diving leg got to the end of it for Sevilla’s third goal of the match.

Marcos Acuña played the entire 90 minutes for Sevilla while Alejandro Papu Gomez was brought on as a substitute. Lucas Ocampos, injured, was not part of the squad.

Oscar Trejo started the match for Rayo but was eventually substitute off.

Juan Foyth had a match to forget for Villarreal as he was sent off following two yellow cards. He has been hit or miss lately. Goalkeeper Geronimo Rulli started the match for Villarreal in their 0-0 draw vs. Granada.

Guido Rodriguez started for Real Betis on the bench as the Copa America winner did not take part in the 1-1 draw vs. Mallorca at all. In addition, Franco Russo and Rodrigo Battaglia, the two Argentine players for Mallorca, were also unused substitutes.

Jeremias Ledesma was the goalkeeper for Cadiz in their 1-1 draw vs. Levante. Marcos Mauro was not part of the Cadiz squad.

Chimy Avila was brought on as a substitute for Osasuna in their 0-0 draw vs. Espanyol. Matias Vargas was not part of the Espanyol team.

Lucas Boye and Ivan Marcone started for Elche while Guildo Carrillo was brought on as a substitute in Elche’s 0-0 draw vs. Athletic Club.