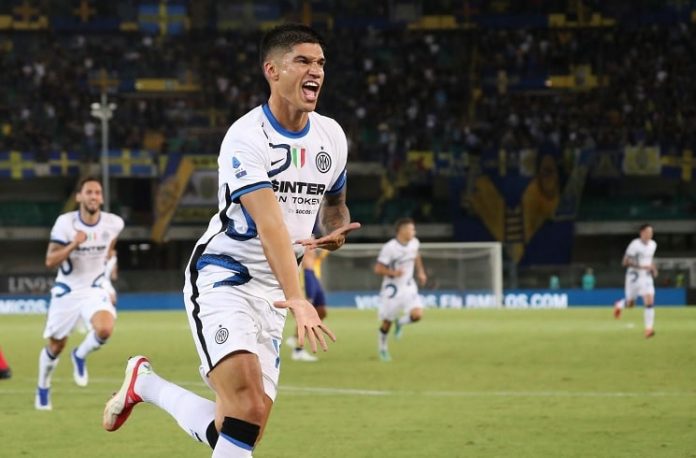 Joaquin Correa scored twice on his debut with Lautaro scoring the other for Inter in their 3-1 win vs. Verona.

It was a dream debut for Joaquin Correa at his new club, scoring twice after coming on as a substitute. Verona took the 1-0 lead but it was Lautaro Martinez who got his first goal of the season to draw Inter level.

A throw in for Inter as the ball was flicked over to Lautaro who headed in from close range to draw Inter level.

Correa would start the match on the bench and be substituted in for Lautaro with 16 minutes remaining. He would get his first goal for Inter just minutes after coming on. A cross sent into the penalty area found a leaping Correa who headed a floating ball into the corner of the net to give Inter the 2-1 lead.

But Correa was not done scoring. He would receive the ball on the edge of the penalty area, turn and a left footed shot would beat the goalkeeper for his second of the match.

The Argentine signed with Inter on Thursday.