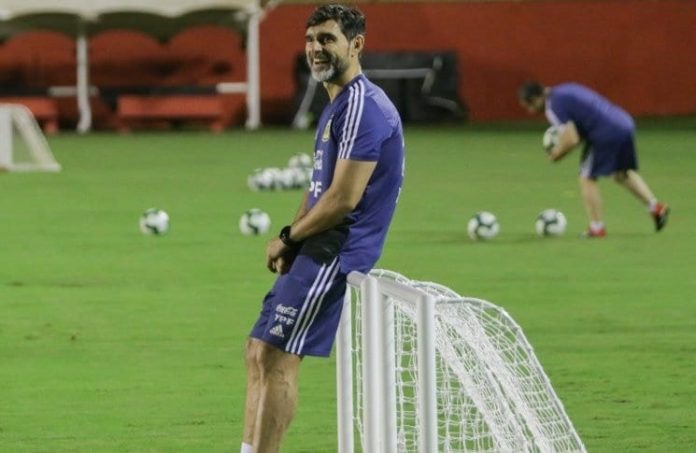 Roberto Ayala commented on the Argentina national team and the current situation regarding some of the European leagues not releasing their players.

Argentina will play three World Cup qualifying matches in September. The first against Venezuela, the second would be away to Brazil and the third, the only match to be played at home, against Bolivia. Roberto Ayala, part of the current Argentina national team staff and winner of the Copa America as part of that staff, spoke with De Futbol Sew Habla Asi and here is what he had to say:

“We submitted a list, we are in contact with the players and we know the domino effect from England. It’s an issue that has to be resolved by FIFA and as soon as possible. The three fixtures has been known from before, it’s odd that now they tell us that some leagues don’t agree.

“We fly out on Saturday to play Venezuela on Thursday. What will happen if the European based players are confirmed to be out? We will have to see if we are allowed to add more players from the local league. It’s a big disadvantage having to call up players that have never been here and having them just once. One option would be to take away one match and have it two matches and after that program something. But it doesn’t depend on us, not even on CONMEBOL.”

Icardi was come back, although we always considered him. Also, Alario but he is injured. Lautaro (Martinez) has a yellow card, so we wanted another number nine. Too bad he got injured.”

In addition, he also spoke about possible having a national team consisting only of local league players:

“We would like to work with a local national team. Even Menotti asked for it but sadly it’s not possible. There is no will from the clubs. It would be good to have something in case we don’t have an answer from someone playing abroad.”