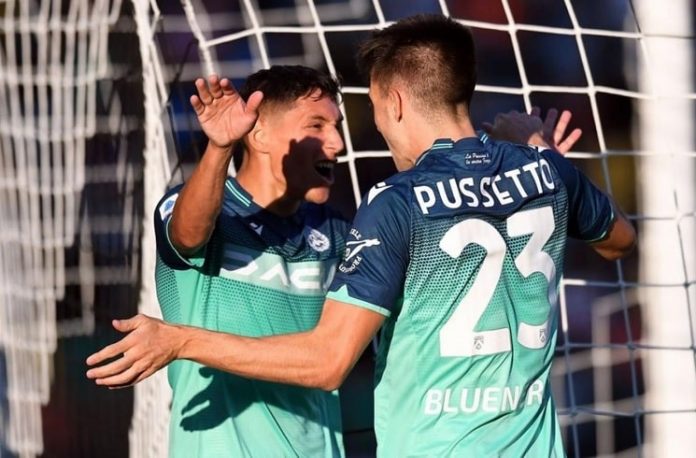 Nahuel Molina and Ignacio Pussetto both scored for Udinese in their 3-0 win vs. Venezia.

For the second match in a row, an Argentine has scored for Udinese. Last week it was Roberto Pereyra and this week it was the other two Argentine’s on the squad.

Ignacio Pussetto gave Udinese the 1-0 lead. Molina ran forward with the ball and crossed it into the penalty area to Pussetto as he chested it and struck the ball into the bottom corner for Udinese’s first goal of the match.

Molina would get the third goal as he ran into the penalty area and his left footed shot hit the underpart of the crossbar and in for his first goal of the season.