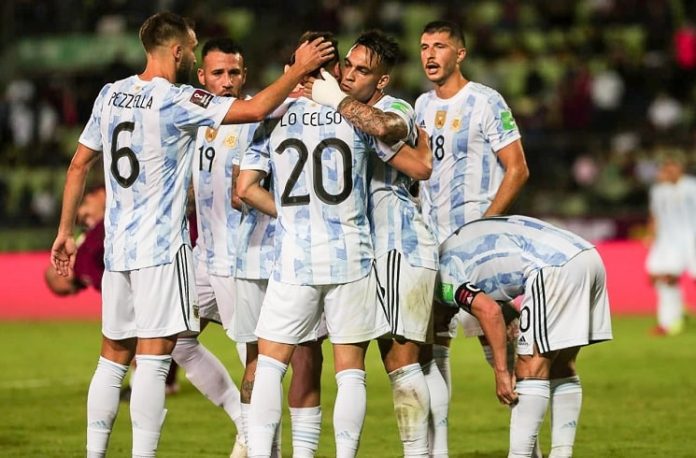 The Argentina national team trained on Friday evening with some possible changes against Brazil as Franco Armani trained separately from the group.

Lionel Scaloni held a training session on Friday evening where Franco Armani did not train with the group. Armani was left out of the squad for Argentina’s 3-1 win vs. Venezuela due to a problem in his knee.

Those who took part in the match against Venezuela did not train as they were rested while the players who did not play in the win did train. Argentina’s eleven against Brazil will not be the same as the one which started on Thursday as Cristian Romero and Leandro Paredes are both back from suspension.

Per a report by TyC Sports, Romero is expected to start in place of Pezzella while in midfield it would be between Leandro Paredes and Guido Rodriguez. The other two spots would be between Nahuel Molina and Gonzalo Montiel on the right side. On the left it’s between Acuña and Tagliafico. Per the report, this is an early possible eleven for Sunday’s match: