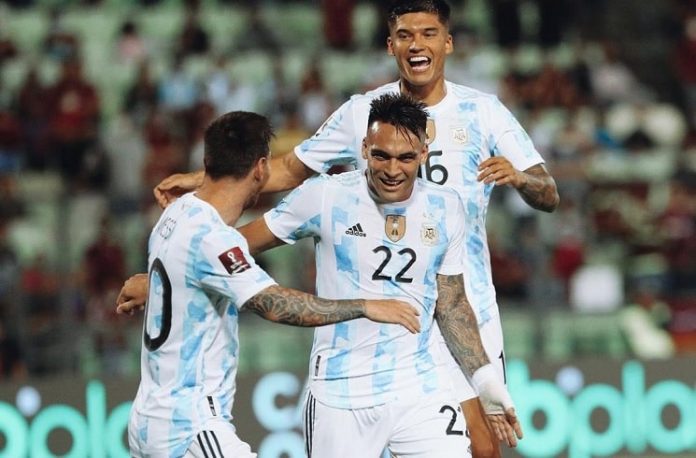 The Argentina national team has landed in Brazil and one of the videos captured Lionel Messi slightly limping.

It was a big 3-1 win for Argentina against Venezuela as they flew out to Brazil where it will be a repeat of the Copa America final on Sunday. Messi was seen walking with a limp following the dangerous tackle he received which saw Venezuela reduced to 10 men.

Per a report by TyC Sports, there would be a training session on Friday night which will likely see those who did not start or play against Venezuela taking part in the training.