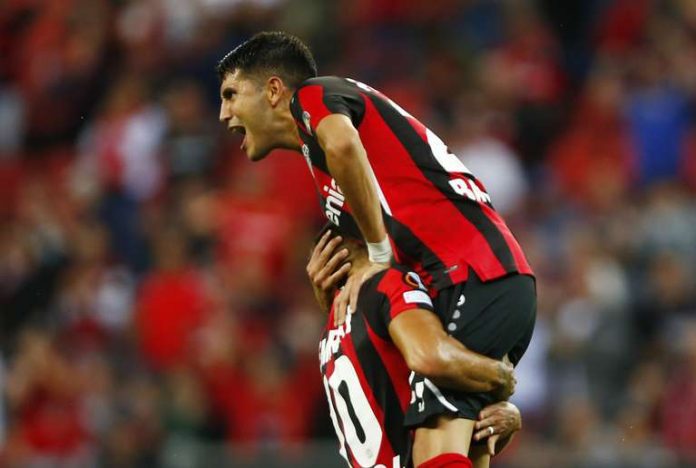 Exequiel Palacios scored for Bayer Leverkusen in their 2-1 win vs. Ferencvaros.