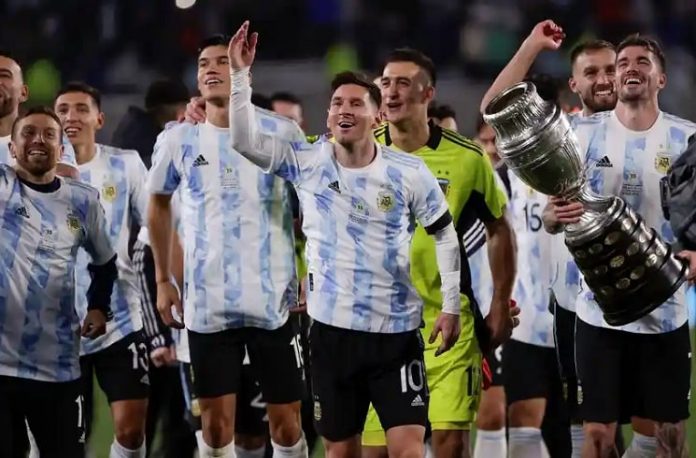 Higuain was part of the Argentina squad which reached a World Cup final and a Copa America final. Having played in all three, Higuain isn’t well remembered when it comes to any of those finals.

However, he has since retired from the Argentina national team and is playing with Inter Miami in MLS, in the United States. Speaking in an interview with ESPN, Higuain commented on Argentina winning the Copa America. Here’s what he had to say:

“The emotion, the adrenaline and the joy is different when you’re in it than when you’re out but you feel happy that those who kept trying, finally achieved it.”

In addition, Higuain also spoke about Lionel Messi’s comments after winning it. Messi stated that this trophy was also for those who were here previously and were not able to win a trophy. Here is what Higuain had to say:

“That Leo said that those of us who were there before were also part of it is comforting because I also contributed my bit so that this can happen. It was a lot of years and the previous bunch of players set the bar high playing 3 finals. It did me well listening to Leo.”

About a possible return to the Argentina national team after he stepped down:

“I didn’t see it possible returning to the national team. I’m someone that when I take a decision, I take it, with the consequences that it may entail. Perhaps I missed out on being a champion with Argentina, which is the greatest wish which I always fought for but honestly, I am very well, happy, peace of mind, enjoying my family, my daughter.

“It was a lot of years with wear and tear. Beyond that the environment is different, my head completely disconnected from the national team when I took the decision. I keep seeing it (the Argentina national team) and it makes me happy that it is doing well.”