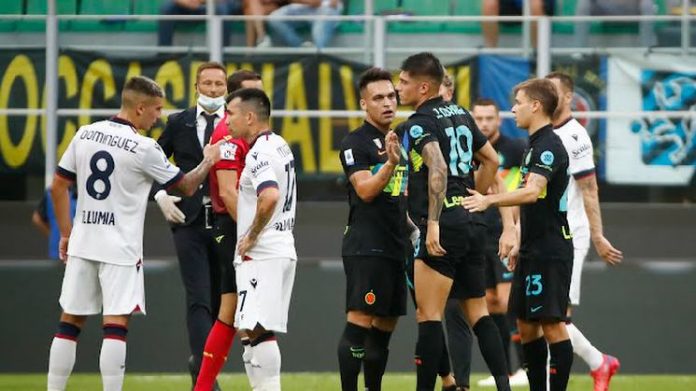 Joaquin Correa was substituted off injured for Inter.

Correa, who started for Inter in their 6-1 win vs. Bologna, was substituted off early. A tackle by De Silvestri onto Correa and he was off substituted.

“We cross our fingers, he is doing the examinations in the hospital and we hope it is nothing serious.”