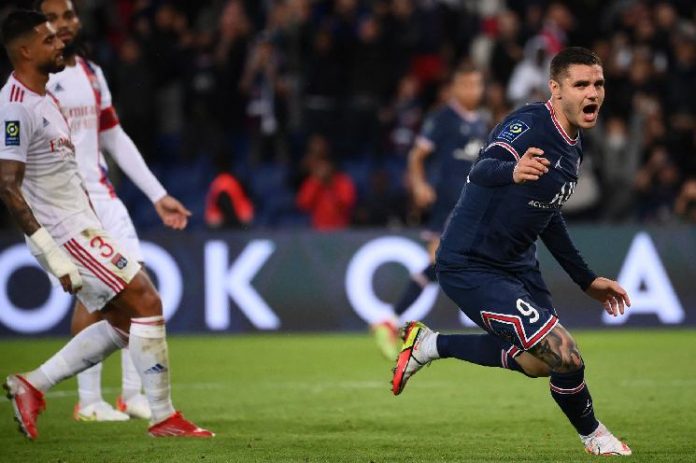 Mauro Icardi scored for PSG in their 2-1 win vs. Lyon.

Icardi came back from injury and scored in injury time to give PSG the win. It was Lionel Messi and Angel Di Maria starting with Leandro Paredes and Icardi on the bench.

A free kick by Messi which hit the post would have been his first goal for his new club as he continues to search for a goal in a PSG shirt. Lionel Messi and Angel Di Maria would get substituted off with Icardi being brought on and Paredes remaining on the bench.

With the score at 1-1, a cross into the penalty area would find Icardi and he would score with a header to give PSG the 2-1 lead.