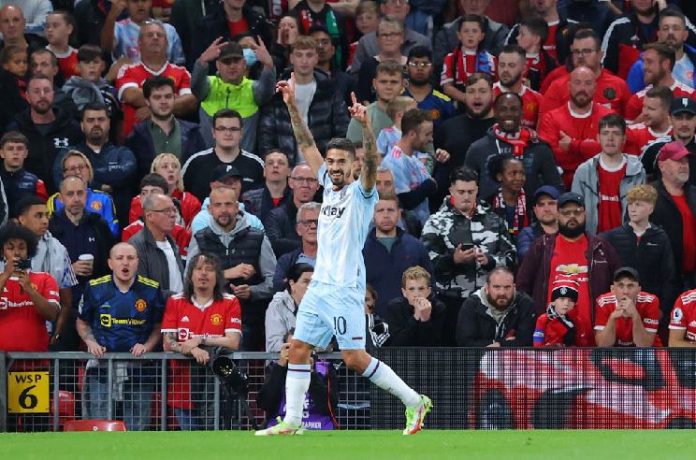 Manuel Lanzini scored for West Ham in their 1-0 win vs. Manchester United.

Lanzini got his first goal of the season for West Ham as they eliminated Manchester United from the Carabao Cup. Lanzini started the match for West Ham and scored early.

A low cross into the penalty area took a deflection as the ball fell to Lanzini and the Argentine would hit it first time and score.