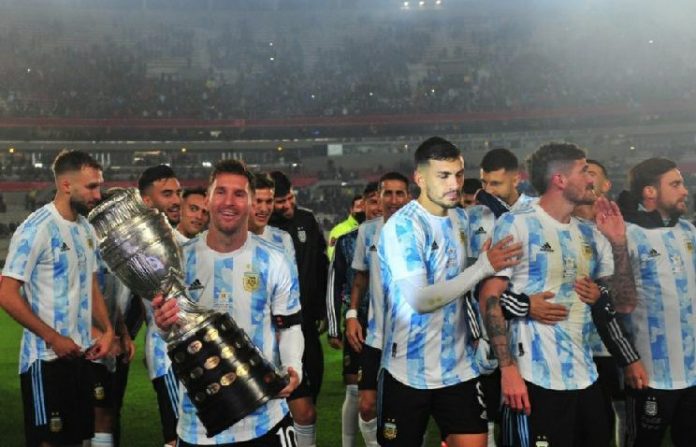 The Argentina squad for October’s World Cup qualifiers is expected to be announced within the next few days.

Copa America champions Argentina will play three matches in October, two home and one away. Their first will be away against Paraguay on October 7, their second match against them in these qualifiers. Their first match finished in a 1-1 draw.

After that, Argentina play Uruguay at home on October 10 at the Monumental. This would be Argentina’s first match against Uruguay in the 2022 World Cup qualifiers. The third and final match is against Peru, once more at home.

Argentina’s match against Peru would be their second against them in the World Cup qualifiers, their first ending in a 2-0 win.

Coach Lionel Scaloni is expected to name his squad for the matches in the next few days with the opening match fast approaching.