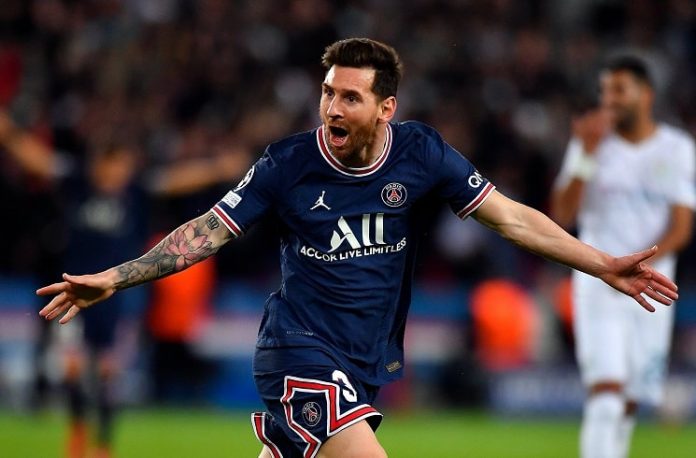 Lionel Messi scored his first ever goal for PSG in their 2-0 win vs. Manchester City.

Messi scored for the first time ever for PSG and in a Champions League match. After being rested in their last league match, Messi was back in the staring eleven with Leandro Paredes and Mauro Icardi on the bench.

It was 1-0 PSG until Messi received the ball. A run forward as he played a one-two with Mbappe and Messi with his shot from the edge of the penalty area gave PSG the 2-0 lead.

Notice how Messi instantly points to Mbappé who provided the brilliant assist 🔥 pic.twitter.com/aa5n6FAtaq